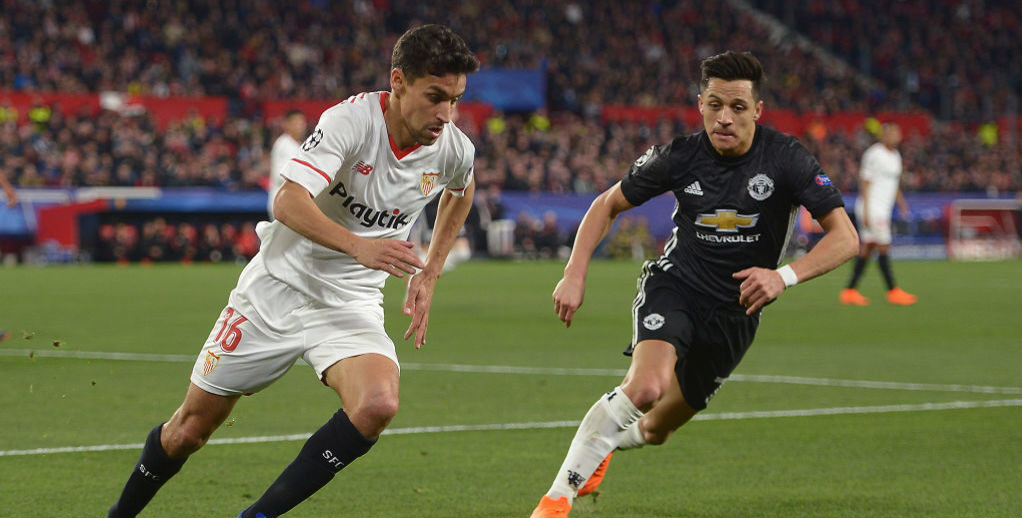 Manchester United will have been content with a goalless draw from the first leg of their Champions League tie with Sevilla and are fancied to finish the job off at Old Trafford.

David De Gea had to make one spectacular save to keep out a Luis Muriel header, but overall it was a solid display in Spain, straight out of the Jose Mourinho textbook.

With their opponents being regarded as poor travellers, the Red Devils get a confident vote at 57/100 to now come out on top in England in our Man Utd vs Sevilla betting predictions.

Manchester United did not show much attacking ambition at Ramon Sanchez Pizjuan, but there were some encouraging signs when they did get forward.

Mourinho must surely have taken note of how Romelu Lukaku outmuscled his marker to hit the back of the net late on, only for that effort to be ruled out for handball.

The introduction of Marcus Rashford and Anthony Martial off the bench also highlighted how United can get at Sevilla in the second leg if adopting a more positive approach.

“I think we finished the game with more space and more close to the possibility of scoring a goal,” commented Mourinho.

The Red Devils won all three home games in the group stage by an aggregate score of 7-1 and were unbeaten at Old Trafford under Mourinho during last season’s successful Europa League campaign.

Since the stalemate in Spain, United have secured a trio of Premier League wins, including beating both Chelsea and Liverpool at this venue.

Looking at the Man Utd vs Sevilla odds, we’re on the Red Devils at 27/20 to win to nil here.

Sevilla had 25 attempts on goal during the first encounter, but may be left to rue a mixture of tame finishing and De Gea’s brilliance between the posts.

“For the fans, who have been huge, it was a very good night that could have been even better, but the tie is open.”

The Spaniards will take heart from a 2-2 draw against Liverpool at Anfield in this season’s pool, but their other results on the road give obvious cause for concern.

Sevilla were thrashed 5-1 by Spartak Moscow in Russia and needed a 75th-minute equaliser to draw 1-1 at Slovenian minnows Maribor, while their away form in LaLiga is also poor.

Convincing defeats against Atletico Madrid and Valencia since the first leg back up the view that this is not an elite-level outfit.

Montella’s side bowed out of last season’s competition after a 2-0 second-leg defeat at Leicester and we’re going for a repeat of that scoreline at 11/2 in our Man Utd vs Sevilla betting tips.