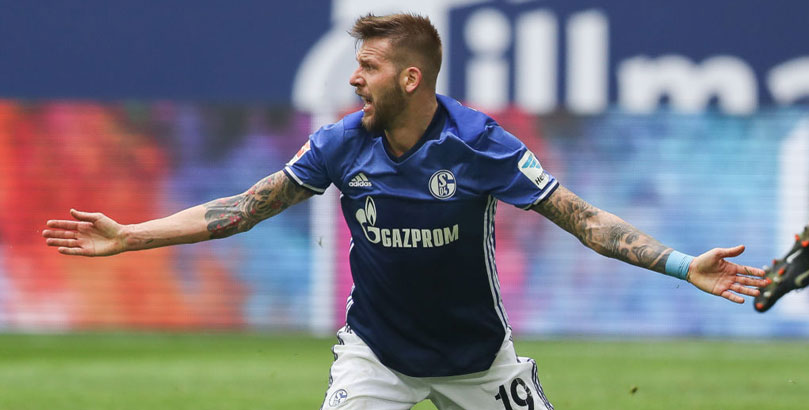 Ajax appear to be holding all the aces in their Europa League tie with Schalke after a double strike from Davy Klaassen gave them a 2-0 win in the first leg in Amsterdam.

However, the Dutch side fielded a squad with an average age of just 22 last week and it will be interesting to see how they cope with travelling to Gelsenkirchen for the return fixture.

The first of our Schalke vs Ajax betting tips is to back the hosts at 21/10 to win by more than one clear goal.

Schalke have given themselves a mountain to climb but they do have history on their side, with the German outfit having prevailed by three goals in all three of their previous home games against opponents from Holland.

In the group stage of this competition, they did also beat Salzburg 3-1 here and claim 2-0 victories over Krasnodar and Nice, so head coach Markus Weinzierl will still be hopeful of turning things around.

Austria striker Guido Burgstaller has scored in two of his four Europa League appearances since joining from Nuremberg in January and appeals at 6/5 to net again at anytime in the Schalke vs Ajax odds.

Ajax are on a roll right now, scoring 18 times in a run of five straight victories that has seen them put one foot in the semis of this tournament and close to within a point of Eredivisie leaders Feyenoord.

The Dutch outfit have been sharing the goals around, with Klaassen, David Neres and Bertrand Traore all making notable contributions from midfield in recent weeks.

Overall, they have done well enough in earlier away games in this competition but Ajax did go down 2-1 in Copenhagen in the last round and it is also worth noting a 4-1 loss at Rostov in a Champions League qualifier back in August.

Peter Bosz is likely to put plenty of store in bagging what could be a crucial away goal, so there is value in taking 13/5 for Schalke to win and both teams to score.

Besiktas vs Lyon: Go for goals in exciting Istanbul clash
Genk vs Celta Vigo: Visitors to have too much class again
Author