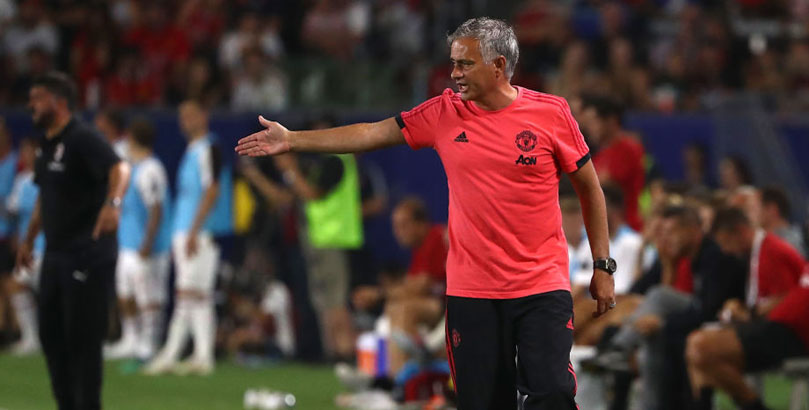 Manchester United have not had the happiest of trips to the US and may struggle to compete against Real Madrid in the International Champions Cup.

As well as being without a host of World Cup stars, the Red Devils have been rocked by injuries and other departures to leave Jose Mourinho in a difficult situation.

Los Merengues look well placed to take full advantage in Miami and get the nod at 87/100 in our first Man Utd vs Real Madrid prediction.

United managed to edge out AC Milan on penalties in their opening game but were then ruthlessly exposed by a strong Liverpool side in Michigan.

Andreas Pereira cancelled out Sadio Mane’s opening penalty with a fine free-kick to leave the sides level at the break, but the Red Devils faltered in the second half.

Nemanja Matic and Antonio Valencia are set to miss the start of the new season after picking up knocks on this tour, while Anthony Martial left early following the birth of his child.

“We play Real Madrid and we have no more players than what we have,” Mourinho told MUTV.

“Eric Bailly was injured, he shouldn’t be playing, but when he saw that (Chris) Smalling in the warm-up was coming out, he made a decision by himself not to let his team play with five kids in the back against Salah, Mane and company, so he put himself there for 90 minutes.

“When we had gasoline, we competed, 1-1 after 65 minutes, after that gasoline is gone.

“(Ander) Herrera, (Juan) Mata, Alexis (Sanchez), (Matteo) Darmian, these are the boys we have, they cannot give more. So this match was for nothing.”

Looking at the Man Utd vs Real Madrid odds, the Spanish outfit should be much fresher, so we like 11/5 for them to win and both teams to score.

Real Madrid may be a touch rusty as they return to action for the first time since completing a hat-trick of Champions League triumphs, plus Cristiano Ronaldo and Zinedine Zidane have moved on.

However, they have travelled with a decent squad, including the likes of Sergio Ramos, Toni Kroos, Isco, Gareth Bale and Karim Benzema.

French striker Benzema told the club website: “So far this pre-season, we’ve been working really hard and putting in some good work.

“We know that it’s demanding, but it sets us in good stead for the rest of the season.”

Real have won three of the six renewals of this tournament they have taken part in and former Spain boss Julen Lopetegui will be eager to make an early impression after succeeding Zidane.

We’re finishing off our Man Utd vs Real Madrid betting tips by taking 9/4 for the Whites to win by more than one clear goal.