Benfica were competitive in last season’s International Champions Cup and got off to a flying start this term when beating Guadalajara 3-0 in California.

Fiorentina had previously edged out the Mexican side 2-1 in Illinois, but then had their limitations exposed in a 3-0 Charlotte loss to Arsenal.

We’re happy to go with the Portuguese title holders at 3/4 for our opening Fiorentina vs Benfica prediction.

Fiorentina have embarked on a rebuilding process after flirting with relegation from Serie A last season, before eventually finishing three points clear of the drop zone in 14th.

Vincenzo Montella will be hoping to steady the ship in his second spell in charge and enjoyed a morale-boosting triumph over Guadalajara, with Diego Simeone’s son Giovanni on the scoresheet.

La Viola then fell to defeat versus the Gunners, but played better than the final scoreline suggests, creating plenty of chances themselves, only to lack a killer instinct up front.

This has all the makings of another end-to-end contest, so 21/10 for the Eagles to prevail and both teams to score takes the eye from the Fiorentina vs Benfica odds.

Benfica were crowned champions in Portugal for the 37th time when topping the table by two points ahead of Porto.

They were also far from disgraced in a tough Champions League group, beating AEK Athens at home and away, but only taking one point off Ajax and Bayern Munich.

Reaching the Europa League quarter-finals before going out to Eintracht Frankfurt on away goals was another decent effort and this does look like a decent outfit.

Losing hot prospect Joao Felix to Atletico Madrid was a blow, but that £113million fee and £33m picked up from Wolves for the permanent transfer of Raul Jimenez should help to stave off offers for other players.

Raul De Tomas and Rafa Silva also netted in that promising performance and we like 15/2 for the Eagles to enjoy a 2-1 triumph here to complete our Fiorentina vs Benfica betting tips. 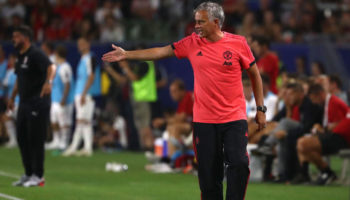