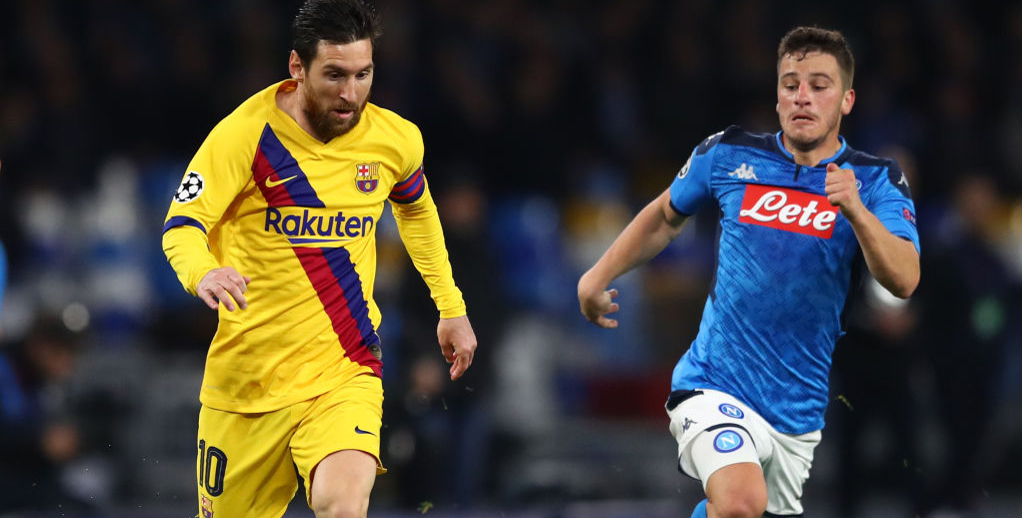 Barcelona laboured for long periods when drawing 1-1 with Napoli in Italy but past history suggests they should finish the job off at Camp Nou.

The Catalan giants have drawn away in the first leg of a European tie on 26 occasions, but eventually went on to progress in 21 of those encounters.

This current side does seem to be lacking a bit of spark, though, so we’re taking 13/5 they only oblige by one goal for our initial Barcelona vs Napoli prediction.

Barcelona fell behind to a clinical Dries Mertens strike from the edge of the area at Stadio San Paolo and looked in trouble at the break.

However, Quique Setien’s men stepped up a gear in the second half and levelled through a well-worked Antoine Griezmann goal on 57 minutes.

“It’s a positive result for us overall,” said the head coach. “We controlled most of the game, but we lacked something in the final third against such an organised defence.

“After the equaliser, they opened up a little and we were able to hurt them more. They played very well and it was not easy, so a score draw is fine going into the second leg.

“We will have more options, as it is unlikely a team will be able to defend for that long at Camp Nou. So we have got to think positive and cannot complain.”

Barca were beaten by Real Madrid next time out, though, and do seem just a touch below par this term, especially since losing Luis Suarez to injury.

The hosts will be without Sergio Busquets and Arturo Vidal here due to suspension, too, so we like 15/2 for a hard-fought 2-1 win from the Barcelona vs Napoli odds.

Napoli will struggle to qualify for next season’s Champions League due to a disappointing Serie A campaign, but have improved in that competition since Gennaro Gattuso replaced Carlo Ancelotti.

Gli Azzurri are also unbeaten in this tournament, having taken four points off holders Liverpool in Group E.

However, Gattuso felt his side missed an opportunity to enhance their prospects of advancing in the opening clash with Barca.

“Barcelona struggled because we were very careful,” he commented. “We did well as a team to play together like this.

“I am disappointed because we made one mistake and they made the most of it.

“Tactically, we were almost perfect, but we could have done better and been more clinical.”

Gattuso added: “Our dream at Camp Nou is to play further up the pitch. It’s not over – it will be difficult, but we’ll go there and try to progress.”

The visitors can keep things tense for a while, but 31/10 for Draw HT/Barca FT completes our Barcelona vs Napoli betting tips.