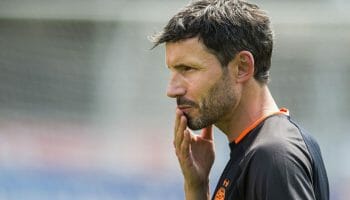 PSV are going through a rocky patch in the Eredivisie at present but travelling to Linz to take on LASK in the Europa League could prove a welcome respite.

The Dutch outfit were much the better team when these sides played out a goalless draw in Eindhoven a couple of weeks ago and still top the Group D table.

There opponents do have a strong home record, though, so Mark van Bommel may settle for another stalemate and 23/10 for that outcome is our initial LASK vs PSV prediction.

LASK go into this game three points behind PSV, having earlier beaten Rosenborg 1-0 on home turf, before going down 2-1 away to Sporting Lisbon.

After finishing as runners-up to RB Salzburg in the Austrian Bundesliga last season, they lost head coach Oliver Glasner to Wolfsburg, but Valerien Ismael has come in and carried on the good work.

Saturday’s 2-0 triumph over Austria Vienna kept LASK in second place this term and was Ismael’s 16th win in 23 matches, with only three defeats.

His team secured an impressive 5-2 aggregate victory over Basel in a Champions League qualifier back in August, prior to losing twice to Club Brugge, so they are a useful unit.

Winger Thomas Goiginger is one to watch out for, while goalkeeper Alexander Schlager is highly rated.

The latter had to pull off several good saves to keep out PSV in Holland, though, and could well be busy again here.

Looking at the 16/5 for a score draw is fair value.

PSV were edged out by Basel on the away goals rule in the Champions League qualifiers, so there is a form line which favours LASK.

However, they went on to get through a couple of play-offs in this competition and have done well since entering the pool stage.

They fended off a late fightback to beat Sporting 3-2 at Philips Stadion and then romped to a 4-1 win at Rosenborg, with promising young forward Donyell Malen netting three times in those games.

Van Bommel has been hampered by injury problems of late, though, with Malen, fellow front men Sam Lammers and Steven Bergwijn, plus midfielder Jorrit Hendrix all missing games.

That contributed towards a couple of damaging domestic defeats either side of the LASK clash, with PSV losing 3-0 to FC Utrecht and 4-0 to AZ Alkmaar.

Another loss looked on the cards at Sparta Rotterdam on Saturday when trailing 2-1 in the closing stages, but Cody Gakpo’s stoppage-time equaliser salvaged a point from that trip.

This is another test of character, but we can’t forget how dominant the Boeren were at times in the opening encounter, so 6/1 for a hard-fought 1-1 draw in Austria is added to our LASK vs PSV betting tips.