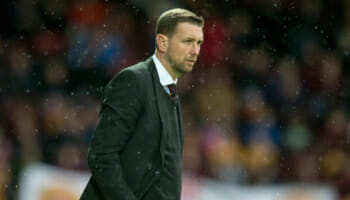 Northern Ireland produced an encouraging performance against Italy on Thursday night but could be forgiven for easing off against the United States in Sunday’s friendly.

The main focus for Ian Baraclough’s men will be their second World Cup qualifier against Bulgaria on Wednesday so the hosts are unlikely to be at full strength.

USA have won their last four matches and are fancied to extend that run at 19/20 for our opening Northern Ireland vs USA prediction.

Northern Ireland gave a decent account of themselves in Parma on Thursday as they went down to a 2-0 defeat, just as we predicted at 4/1 in our match preview!

The visitors looked the better side for much of the second half but were left to rue two first-half lapses which had put Italy in control.

The goals scored by Domenico Berardi and Ciro Immobile were both preventable and proved decisive with Northern Ireland unable to capitalise on opportunities to get back into the game.

It means Baraclough is still seeking a first win inside 90 minutes but he said: “These are not the sorts of games we’re going to get judged on.

“We need to take that intensity from the second half into our next qualifier on Wednesday against Bulgaria.

“These are the games, against the Bulgarians, against Switzerland, and even against Italy at home. We’ll be buoyed by that second-half performance.”

The fact that Baraclough did not mention the USA game suggests it is not high on his priority list, which is understandable just three days before their next qualifier.

Looking at the 21/10 to be leading at both half-time and full-time.

The USA are building towards a Nations League semi-final against Honduras in June while their World Cup qualifying campaign begins in September.

Their form could not be much better and the goalless draw with Wales in November was the only match they have failed to win in their last eight outings.

Thursday’s 4-1 win against Jamaica made it four successive victories by a combined score of 23-2 and having played the first half of that game, Chelsea winger Christian Pulisic is now set for a longer run-out in Belfast.

Coach Gregg Berhalter said: “Before the game we knew he was only going to play 45 minutes and when I think about his minutes, we want to progress him in a safe way but we also want to help get him 90 minutes fit.

“Part of the plan was, he played something like 86 minutes for Chelsea on Sunday, somewhere around there, and then I think the natural progression is a half and then let him play more against Northern Ireland, a lot more in that case.

“I think that will set him up nicely to gain fitness here with the national team and go back to Chelsea in a good way.”

Pulisic should help the goals keep flowing for the visitors, especially if his partnership with Barcelona full-back Sergino Dest continues to improve after the latter opened his USA account with the first goal on Thursday.

For our final Northern Ireland vs USA prediction we’re going for a 3-1 away win at 15/1.