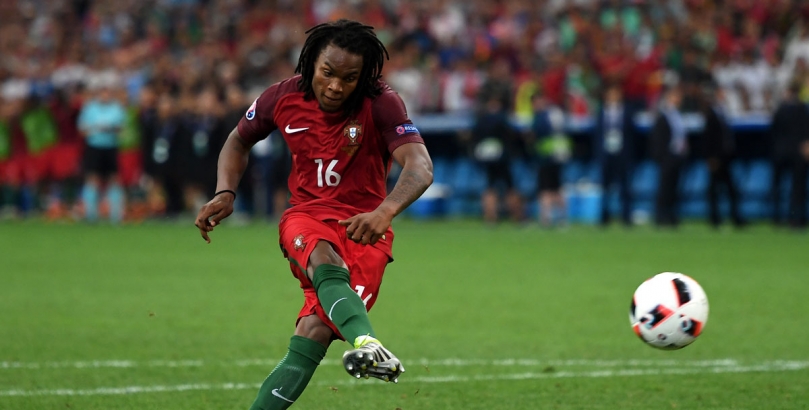 The time is now to back Portugal teenager Renato Sanches to be UEFA player of the tournament for Euro 2016 at 20/1.

Granted his first start of the tournament in the Seleccao’s quarter-final victory over Poland by Fernando Santos, the 18-year-old showed exactly why Bayern Munich moved to snap him up from Benfica before the competition began.

Sanches, who could cost the Bavarian behemoths up to £67m if fulfilling various clauses in the deal, put in a performance that was recognised with UEFA’s man-of-the-match award.

Playing out of position on the left of an attacking three, he put feted colleague Cristiano Ronaldo in the shade as his nation’s most influential player.

Looking every inch a teen with the world at his feet, the dreadlocked Lisbon native took a team-high 98 touches, scored, distributed the ball with a stellar 93.8% pass-completion rate and converted his shootout penalty with aplomb.

His dynamism both on and off the ball was an example to his teammates throughout – just as it has been in his three previous introductions from the bench – and it now seems impossible that he won’t start the semi-final.

Throughout his 19 minutes against Iceland, 45 versus Hungary and 40 in the round-of-16 win over Croatia, Sanches was ordering his seniors where to be, when and how fast to move the ball like a seasoned campaigner.

He now has up to two games and a potential 240 minutes of football to wrestle the player of the tournament trophy from the mitts of current 4/1 favourite Dimitri Payet of France.

The West Ham playmaker, heads the betting from Eden Hazard (5/1), whom the teenager’s Portugal will have the chance to sink should Belgium make it past Wales in their own quarter final.

Gareth Bale and Antoine Griezmann are next in the market at 9/1, ahead of Ronaldo (11/1) and 14/1 trio Jerome Boateng, Gianluigi Buffon and Graziano Pelle.