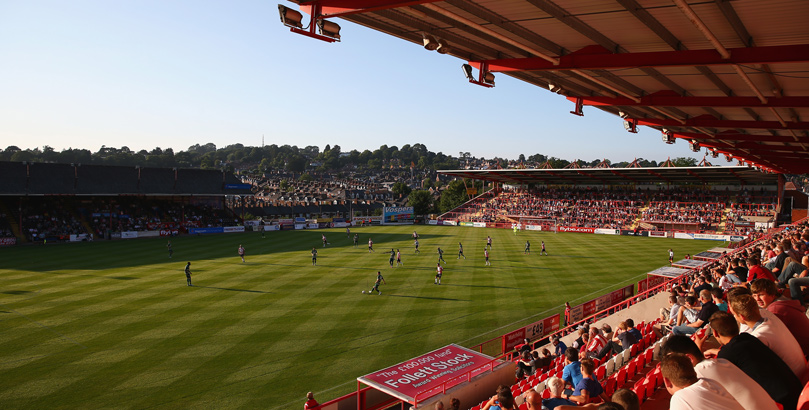 Exeter will go into the second leg of their League Two play-off semi-final wondering what they have to do to beat Carlisle after a series of comebacks by the Cumbrians this term.

United twice came from behind to beat the Grecians in the regular season, prevailing 3-2 on each occasion, and rallied from 3-1 down to draw the opening encounter of this clash.

However, we’re backing City to get there in the end and 21/20 for the Grecians to win the return fixture in 90 minutes kicks off our Exeter vs Carlisle betting tips.

Goals from Joel Grant, Ryan Harley and David Wheeler had put Exeter in control at Brunton Park, despite Jordan Taylor-Moore’s first-half own goal, and they went close to extending that advantage.

Ollie Watkins had a fourth strike harshly ruled out for offside before John O’Sullivan’s freak 72nd-minute strike got Carlisle back in it and Shaun Miller levelled almost immediately after.

Reuben Reid was also on the wrong end of a borderline offside call when poised to net for City and Jake Taylor hit the post in stoppage time.

“I have got very little to complain about in terms of how the players played or the way we approached it,” said Paul Tisdale. “We back ourselves to be positive and offensive in the game on Thursday.”

Looking at the Exeter vs Carlisle odds, we like 23/10 for City to lead at half-time and full-time on this occasion.

Carlisle boss Keith Curle was understandably thrilled by the resilience his players showed in the opening leg and, to be fair, they did have a penalty appeal waved away late on, so it wasn’t all good fortune.

“The players deserve a lot of credit for the character they have shown,” beamed Curle. “They were challenged at 3-1 down but we got that little bit of rub of the green to lift us.”

United’s never-say-die attitude means they can’t be ruled out, but Exeter did look the better team in general play last week and are rated a percentage pick back on home turf.

The Grecians to prevail 2-1, 3-1 or 4-1 can be backed at 4/1 and completes our Exeter vs Carlisle predictions.