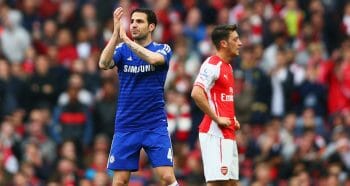 FA Cup winners Arsenal collide with Premier League champions Chelsea in the Community Shield this weekend in a game the Blues are expected to shade.

A price of 7/5 says Jose Mourinho’s men claim the spoils without recourse to penalties, while it’s a slightly longer 9/5 about the Gunners achieving the feat, leaving the 12/5-rated draw as a stand-alone outsider.

With the match-betting buffet giving punters some difficult choices to make, the news.bwin.com tipping taskforce have stepped into the breach to unearth alternative bets based on trends established in previous editions of the Community Shield.

At 91/100, over 2.5 goals looks a steal, but judging from what’s occurred across the previous six renewals, bettors are advised to shoot for the bigger bounty.

The most recent two fell short of the 3.5-goal line, but the four prior soared beyond it, yielding 18 in total.

Community Shield fixtures containing either of this term’s protagonists have failed to produce at least three goals just once since 2003, so expect plenty this time around.

This 15-minute window is when a third of the last 15 goals have been registered in the Community Shield.

It could’ve been teetering on half of the quota had Olivier Giroud and Samir Nasri registered their solitary strikes in this fixture two and five respective minutes earlier too.

Eight of the previous 12 editions to be settled inside 90 minutes have been decided by the slenderest of deficits, a figure that would be one stronger had Wayne Rooney not scored a stoppage-time equaliser for Manchester United against Chelsea in 2009.

Focusing on the dozen matches in question, just one – Arsenal’s 3-0 demolition of Manchester City 12 months ago – has had a margin of three or more dividing the sides, so punters are advised not to look beyond a two-goal gap separating the duo here, priced at 3/1. 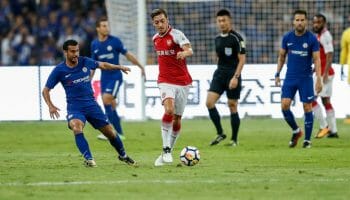