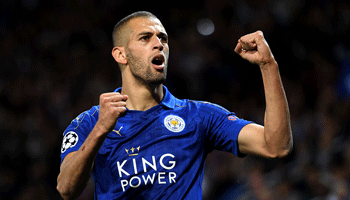 After losing five straight Premier League games and being knocked out of the FA Cup by Millwall, Leicester will look for some European respite when visiting Sevilla in the Champions League on Wednesday night but are 5/2 underdogs to reach the last eight.

While City are facing a relegation battle on the domestic front, their hosts are well placed in La Liga, trailing only Real Madrid and Barcelona thanks to some rock-solid form at Estadio Ramon Sanchez Pizjuan.

Sevilla improved their home record in the Primera Division to nine wins from 11 games when beating Eibar 2-0 on Saturday, with their other victims including Real Madrid last month and Atletico Madrid in October.

Jorge Sampaoli’s side have only conceded 11 goals in those games and qualified from their group in this competition by keeping five clean sheets in six matches, so 21/20 they win to nil against the misfiring Foxes is sure to be snapped up by plenty of punters.

Sevilla may be seeking a first quarter-final at this level but they can call on the experience of three straight Europa League triumphs, comfortably accounting for Liverpool in last season’s decider, and 11/10 they beat Leicester by more than one goal here is another clear form pick.

The one bright spot in Leicester’s fall from grace this term has been their Champions League form, with the shock Premier League title winners wrapping up top spot in their pool with a game to spare.

However, that was a particularly weak section and back in England it has just been one disappointment after another for Claudio Ranieri and Co, with the midfield industry of N’Golo Kante sadly lost to Chelsea and opposition defences working out how to nullify the pace of Jamie Vardy and trickery of Riyad Mahrez.

The romantics will hope just one spark can reignite the flame of last season’s fiery displays but a clinical first-leg victory for Sevilla is far more of a percentage bet, with former Manchester City forward Stevan Jovetic fancied at 13/4 to open the scoring after netting three times in six games since his arrival from Inter Milan and providing assists for both goals in Saturday’s defeat of Eibar.