Croatia versus Canada promises to be a clash of styles and punters must choose which they prefer ahead of this crucial Group F match.

The 2018 runners-up have the experience and composure, while their opponents will bring energy and enthusiasm to Khalifa International Stadium.

At the odds on offer, we reckon the Reds are a value bet to win at 13/5 in our first Croatia vs Canada prediction.

Croatia had plenty of possession against Morocco but had to settle for a goalless stalemate in a forgettable game of few chances.

Head coach Zlatko Dalic admitted: “We should have gone forward more. We were afraid of the counter-attacks. We were very cautious not to make a mistake.

“We were a bit indecisive, I might say. A bit of courage was missing in our side. This was a difficult game.

“Croatia had control, had possession but did not have enough opportunities, nor enough incisiveness and we did not go forward as much as we wanted to.

“This match was what it was, but we will not be deterred. We will not be stopped in our ambition and this is not a disappointment.”

Their starting XI included five players who featured in the 4-2 final defeat to France in Moscow.

Luka Modric and Ivan Perisic are now very much in the veteran stages of their careers, though, while other key men, such as Ivan Rakitic, have already retired.

We just feel the Blazers will struggle to cope with Canada’s high-pressing tactics and their early exuberance.

Looking at the 29/20 for the underdogs to score first.

Canada started brightly against Belgium and should have gone ahead when awarded a penalty, but Alphonso Davies’ tame effort was saved by Thibaut Courtois.

The Reds were potentially denied two further first-half spot-kicks before falling behind to a Michy Batshuayi strike just prior to the interval.

John Herdman’s side just lacked a touch of class in the last third of the pitch, shooting wildly or being off-target with final passes.

However, playing in their first World Cup in 36 years, they won over plenty of new admirers and had 21 shots on goal compared to nine from Belgium.

“They showed that they do belong here,” declared Englishman Herdman. “Our fans walked away proud, I’m sure.

“We came into the game with a couple of goals; the first was to play fearless and the second goal was to entertain.

“I think at times it was one pass too many around the box, but I’m not going to criticise them because when you outshoot Belgium, I can’t complain too much.

“Sometimes it is your night and sometimes it is not, but people will come into the next game respecting us a bit more and knowing what we are about.”

If Canada can just keep calm when getting into good positions, they do have the athleticism to cause Croatia problems.

Let’s add 6/1 for Jonathan David to break the deadlock. 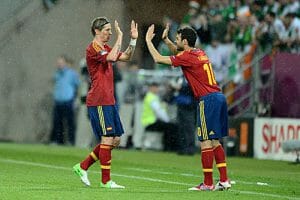