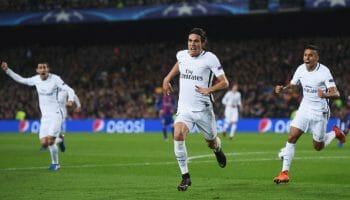 PSG have had to surrender their Ligue 1 title to Monaco but will be looking for a third straight Coupe de France triumph when taking on surprise finalists Angers at Stade de France.

Having beaten Marseille 4-2 in last season’s decider and Auxerre 1-0 two years ago, Unai Emery’s side are all the rage for the hat-trick and hard to oppose.

Odds of 83/100 for PSG to win to nil are sure to attract some big hitters and feature in our Coupe de France final betting tips.

A Look At Angers’ Betting Odds

Angers do at least go into this game in good spirits after closing their Ligue 1 campaign with back-to-back 2-0 defeats of Nice away and Montpellier at home.

The first of those victories will certainly have boosted morale, with Stephane Moulin’s side previously having struggled to break down the better defences in France’s top flight.

Les Scoistes should be reasonably content with another mid-table finish and also beat Guingamp by the same scoreline in the semi-finals of this competition.

PSG began life after Zlatan Ibrahimovic well enough but have just been blighted by the occasional lapse in concentration this term, with a recent 3-1 loss at Nice ending their Ligue 1 title hopes.

The 6-1 thrashing at Barcelona which knocked them out of the Champions League was another notable nightmare for an expensively-assembled squad that should be capable of better.

However, there have also been plenty of good days once again too, including in this competition, when they crushed Monaco 5-0 at the last-four stage.

With a much-needed trophy at stake on this occasion, PSG may be a little more cautious early on, though, so 11/5 they lead 1-0 at the interval against Angers for the third time this season is another of our Coupe de France final predictions. 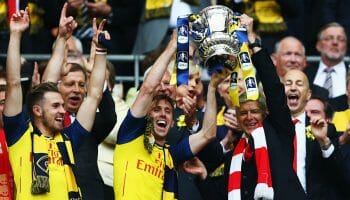