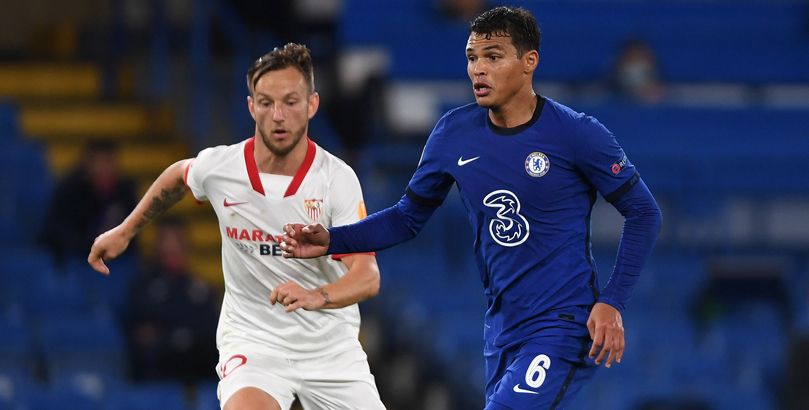 Sevilla and Chelsea are already assured of qualifying from Champions League Group E, but top spot in the table is still up for grabs.

They are level on 10 points, but the Blues are in pole position, having achieved a better goal difference since these sides drew 0-0 at Stamford Bridge.

Frank Lampard would probably settle for another stalemate in Spain and 23/10 for that outcome is our first Sevilla vs Chelsea prediction.

Sevilla have only been workmanlike in winning their last three pool matches, with all of those victories claimed by a one-goal margin.

Youssef En-Nesyri bagged a brace as Julen Lopetegui’s side recovered from going 2-0 down and having Jesus Navas sent off to oblige 3-2 at this venue.

Ivan Rakitic netted in that game and a 2-1 triumph in Russia, which was clinched via Munir El Haddadi’s stoppage-time decider.

That form isn’t strong enough to worry Chelsea, but Sevilla are unbeaten in 14 European home games, winning 12 of those contests.

Saturday’s 1-0 victory at Huesca was a third straight La Liga success, with late goals again coming in the last couple.

Looking at the Sevilla vs Chelsea odds, we feel 21/20 for more goals to be scored in the second half of this match is a solid selection.

Chances were few and far between when Chelsea were held to a goalless draw in London on Matchday 1 but they have subsequently impressed up front.

Krasnodar were hammered 4-0 in Russia before Timo Werner hit a penalty double in a 3-0 home victory over Rennes.

It took a last-gasp Olivier Giroud goal to shade the French outfit 2-1 at Roazhon Park, but that was enough to keep the Blues at the summit.

Lampard’s men are unbeaten in 14 outings in all competitions, not counting an EFL Cup penalty shoot-out defeat, and well placed in the Premier League.

Having spent big over the summer, the manager told the club website: “I’m pretty happy with where we are at.

“Bringing signings in doesn’t mean it works instantly. We have to work, we have to gel, and we are doing that. Every day and every performance, relationships are building.”

Lampard will be keen to stay out in front, as second place in last season’s pool led to being thrashed by Bayern Munich in the round of 16.

Let’s go with 23/4 for a 1-1 stalemate here as our final Sevilla vs Chelsea prediction.

Brentford vs Leicester: Foxes to knock out Bees again