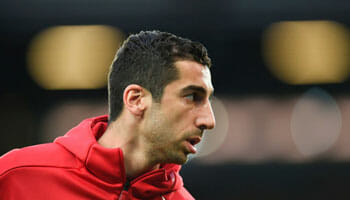 Manchester United do not have a good recent record against Spanish clubs but will hope to buck that trend when taking on Celta Vigo in the Europa League semi-finals.

The Red Devils have only won one of their last eight encounters with teams from that country, although they should find Celta more conducive company than the likes of Barcelona and Real Madrid.

We’re kicking off our Celta Vigo vs Man Utd betting tips by backing Jose Mourinho’s side to get a draw in the first leg at 5/2.

Celta Vigo have been made to work hard to make it through to the last four of this competition, initially finishing second to Ajax in a group which also included Standard Liege and Panathinaikos.

In the knockout rounds, they scraped past Shakhtar Donetsk in extra-time, impressed in a 4-1 aggregate win over Krasnodar and then did just enough to see off Genk.

However, United may not be too scared of facing a team placed 10th in LaLiga and which relies on goals from Old Trafford cast-off Giuseppe Rossi, Liverpool flop Iago Aspas and ex-Manchester City and Celtic striker John Guidetti.

Manchester United looked set to power through the knockout stages of this tournament when hammering Saint-Etienne 4-0 on aggregate but they have pretty much stumbled past the last couple of rounds.

The Red Devils were too often guilty of letting Rostov and Anderlecht off the hook by squandering numerous chances, so Mourinho will be hoping for a more ruthless approach from here on.

A powerful midfield led by the ever-more influential Paul Pogba and the experienced Michael Carrick has the class to control proceedings against Celta, though, and Balaidos has not proven too intimidating for Spain’s elite teams in recent times.

Henrikh Mkhitaryan has been the man to follow in this tournament, scoring in five Europa League matches, so he appeals at 2/1 to score at anytime and 7/1 to net first in the Celta Vigo vs Man Utd odds.