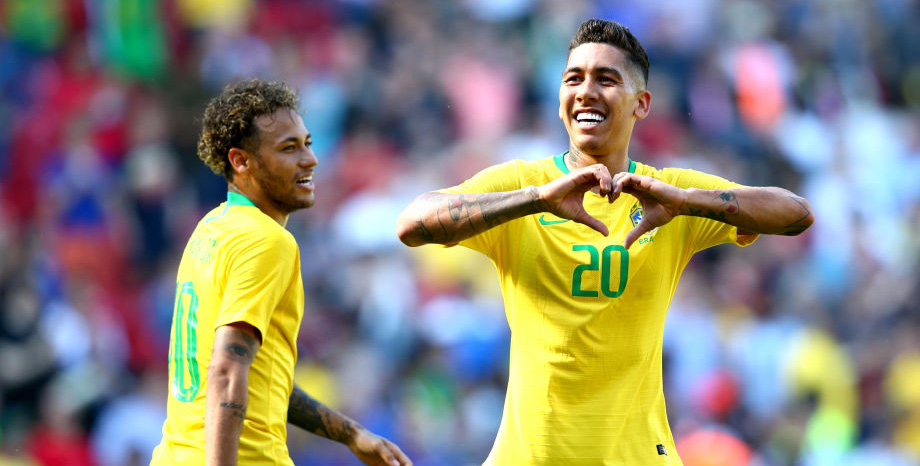 Brazil have secured four straight friendly victories since the World Cup and are fancied to extend that winning sequence when taking on Uruguay at Emirates Stadium.

La Albiceleste seem less determined to do well in such matches, having lost 2-1 in South Korea and 4-3 in Japan last month.

We’re going with the Selecao to prevail and over 2.5 goals in the game at 31/20 as our initial Brazil vs Uruguay prediction.

Brazil suffered a frustrating quarter-final exit at Russia 2018, but there was no disgrace in going down 2-1 to a high-class Belgium outfit.

Having previously been ultra-impressive in World Cup qualifying, Tite’s team returned to winning ways when beating the USA 2-0 and El Salvador 5-0 in September.

Saudi Arabia were then brushed aside 2-0, before a stoppage-time strike from Inter Milan defender Joao Miranda helped them edge out Argentina 1-0.

Barcelona’s Philippe Coutinho and Real Madrid pair Marcelo and Casemiro will miss this game and Tuesday’s tussle with Cameroon in Milton Keynes.

Firmino may be one to watch out for on this occasion, having scored for Liverpool against Arsenal at this ground in the Premier League last season.

Looking at the Brazil vs Uruguay odds, he is 5/1 to break the deadlock.

Uruguay also reached the last eight at the World Cup, beating hosts Russia 3-0 to top their group and shading Portugal 2-1 before losing 2-0 to eventual champions France.

Oscar Tabarez’s side then secured a convincing 4-1 friendly win over Mexico in Houston, with Luis Suarez bagging a brace.

Two later defeats in the Far East were obviously worrying but it has to be presumed that La Albiceleste will be more up for this high-profile encounter.

Although it is 10 meetings since they beat Brazil, Uruguay have scored in eight of nine subsequent meetings.

That includes a 2-2 draw and a 4-1 defeat en route to Russia 2018, so 14/5 for the Selecao to win and both teams to score is added to our Brazil vs Uruguay betting tips.

Suarez also warrants support to net at anytime at 19/10, as he found Emirates Stadium a happy hunting ground during his Liverpool days, striking in two successive seasons here versus the Gunners.

Brazil vs Uruguay tips
Bet Type
Odds
Brazil and over 2.5 goals
-1/1
Firmino to score first
-1/1
Brazil to win and BTTS
-1/1
Suarez to score at anytime
-1/1
England vs USA: Rooney can enjoy successful swansong
Wales vs Denmark: Dragons can roar to top of group
Author