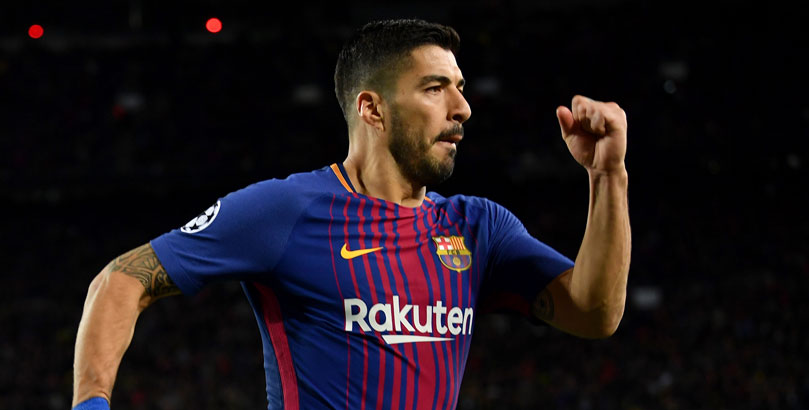 Barcelona can afford to play it safe in the second leg of their Champions League tie with Roma when taking a 4-1 lead to Italy.

The Catalan giants have drawn their last three away games in this competition, against Olympiakos, Juventus and Chelsea.

Ernesto Valverde would no doubt settle for another stalemate here, so 13/4 for that outcome gets the nod in our Roma vs Barcelona betting predictions.

Roma did not enjoy the rub of the green at Camp Nou, with own goals from Daniele De Rossi and Kostas Manolas setting Barca on their way, before Gerard Pique added a third.

Edin Dzeko appeared to have kept the Serie A side in the tie when he pulled one back late on at Camp Nou, but there was still time for Luis Suarez to restore the three-goal advantage.

Roma are unbeaten at home in Europe this season, though, drawing with Atletico Madrid and then securing three straight wins, including a 3-0 drubbing of Chelsea.

Their preparation for the showdown at the Stadio Olimpico was not ideal as they lost 2-0 at home to Fiorentina at the weekend, but head coach Eusebio Di Francesco did manage to rest some key players.

Ahead of the return leg he teased the return to contention of several wild-card options, including Cengiz Under, the young Turk whose scoring streak was interrupted by an injury last month.

Whoever plays, Di Francesco is demanding Barca are faced down with “passion, heart and belief”.

He said at a pre-match press conference: “We must always play at our best for this shirt, even more so in this game since we have to overturn the scoreline from the first leg. The crowd will be our 12th man, but it’s up to us to get them going.

“We’ll play our strongest line-up against Barcelona. We must play with passion, heart and belief right up until the final whistle if we want to do the unthinkable. We have a duty to give it everything.”

Looking at the Roma vs Barcelona odds, 13/10 for the Giallorossi to avoid defeat again here has plenty of appeal.

Barcelona seem certain to qualify for the last four of Europe’s elite club competition for the first time in three seasons.

Pique dismissed suggestions that they were fortunate to enjoy such an emphatic victory in the opening encounter.

Barca have now benefited from five own goals this season, more than any other team in Champions League history.

However, Pique said: “It’s not just luck that we get own goals in our favour. Things happen for a reason.

“I think that if these goals go our way, it’s because we press high, we push up in attack – the ball is in the opposition area more than usual in other teams’ matches.

“We played a terrific game. Probably we’d feel better if we hadn’t conceded, but we take a decent advantage to Rome.”

Barca goalkeeper Marc-Andre ter Stegen could play a key role but the German expects his team-mates to pursue the goal that will take away Roma’s leverage.

He said: “We have an advantage that we must defend. However, we will have to give them a good match to make progress in the Champions League. Roma have a lot of quality.

“We have a system that means we always have our best players available and that helps us in big matches.”

We’re expecting a controlled display in Italy and 29/4 for a 1-1 draw completes our Roma vs Barcelona betting tips.