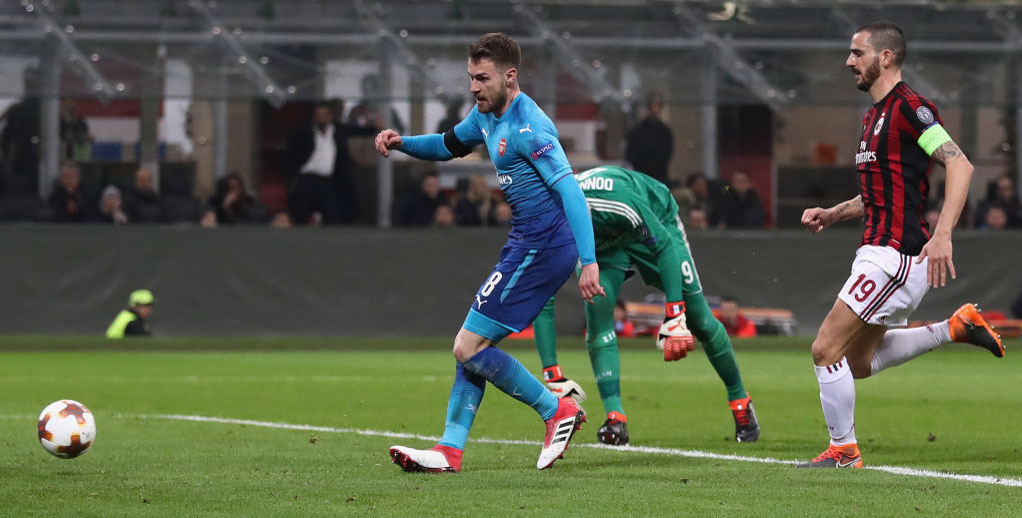 Arsenal’s big hope of qualifying for next season’s Champions League is via winning the Europa League and they look well placed to reach the quarter-finals at the expense of AC Milan.

The Gunners put in a controlled display when securing a 2-0 advantage from the first leg in Italy and have little to fear in London on that evidence.

We’re happy to take Evens for Arsene Wenger’s side to come out on top again in our Arsenal vs AC Milan betting predictions.

Arsenal travelled to the San Siro under a cloud following a run of four straight defeats, but they bounced back to form in fine style.

Henrikh Mkhitaryan and Aaron Ramsey put the Gunners in control of the tie at half-time and Milan failed to reduce the deficit, despite applying some pressure in the second period.

Mkhitaryan starred for Manchester United when they lifted this trophy last season and the Armenia midfielder may be the key to Arsenal going all the way too.

He again caught the eye in Sunday’s 3-0 Premier League win over Watford, setting up Pierre-Emerick Aubameyang to net before striking himself late on.

It is frustrating that Aubameyang is ineligible, especially while Alexandre Lacazette is out injured, but Danny Welbeck is capable of leading the line in this competition.

Looking at the Arsenal vs AC Milan odds, 87/100 for the Gunners to score more than once again appeals.

AC Milan were a major disappointment in the opening encounter with Arsenal, especially as they had been doing so well on the domestic front since putting Gennaro Gattuso in charge.

At least the Rossoneri recovered well enough to snatch a 1-0 win at Genoa in Serie A on Sunday, with Andre Silva striking in stoppage time.

That made it only two points dropped in the last eight fixtures in that competition, while Milan have also made it through to the Coppa Italia final.

The visitors can boast some strong away results in the Europa League this term, including a 5-1 romp at Austria Vienna and a 3-0 success when visiting Ludogorets.

With Giacomo Bonaventura having wasted one good chance to hurt Arsenal last week, we feel there is enough evidence to suggest Gattuso’s side can get on the scoresheet at Emirates Stadium.

That makes 5/2 for a home win and both teams to score worth adding to our Arsenal vs AC Milan betting tips.

Champions League Round of 16: All you need to know
Swansea vs Tottenham: City and Spurs facing FA Cup replay
Author