For this Saturday’s any time goalscorer treble, we’ve picked three of the best front men from France, Spain and Germany.

This three-timer is available at odds of 641/50, so that could see punters who use their free £25 bet for registering with bwin to back our selections pick up £345.50 if successful.

Nene has enjoyed a hot streak in front of goal since the turn of the year, with four goals in his last two games for Paris Saint-Germain. The Brazilian has always had a keen eye for goal and should be confident of adding to that tally against Brest.

The hosts have won just three of their last eight home games and continue to struggle for goals in Ligue 1. Nene has fond memories of playing Brest too, having scored against them last season.

With an ever-improving PSG squad likely to bring more chances for the attacking ace, he looks a decent inclusion here at odds of 7/5 to score at any time.

Bilbao’s midweek exploits in the Copa del Rey were a welcome tonic after the La Liga drubbing by Real Madrid but Marcelo Bielsa will be eager to get the Basque club’s fine league form back on track with a win over Rayo Vallecano.

One man likely to be in the spotlight is striker Fernando Llorente. The focal point of the Bilbao attack, Llorente comes into this game on the back of goals in consecutive games against Levante and Real Madrid.

He will be eager to add to that against newly-promoted Rayo, who have failed to keep a clean sheet in their last five home games.

Cologne’s recent form has been abject at best – they have won just one of their last seven Bundesliga matches – and Schalke 04 should be confident of picking up a victory here.

After all, the Royal Blues are one of the top scorers in the German league of late, with 13 goals in their last four league matches.The duo of Klaas-Jan Huntelaar and Raul have had much to do with this, with the partnership providing 25 league goals already this term.

The Spaniard could be the one to watch, having scored four Bundesliga goals in as many games, and odds of 7/5 on a goal at any time against the fragile hosts should be snapped up. 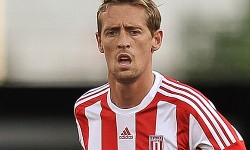 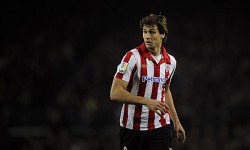 Three in-form strikers who could deliver a 12/1 treble