England are priced up at prohibitive odds for Saturday’s autumn international against Samoa, leaving punters to look at the handicap markets for a viable betting opportunity.

Much will depend on which Samoa side turns up at Twickenham, with the tourists performing with great credit in a 44-38 loss to Scotland but then flopping in a 17-13 loss to lowly Romania.

We’re hoping the tourists can rise to the occasion again now back on a bigger stage and like 91/100 for the underdogs with 32 points start in our England vs Samoa betting tips.

England improved on their ‘grindathon’ 21-8 defeat of Argentina when eventually crushing Australia 30-6 last weekend, scoring all four of their tries in the second half.

However, the Wallabies will feel aggrieved that a couple of key refereeing decisions went against them when bang in contention, having trailed just 3-0 at the break.

With Eddie Jones rotating his squad for this perceived mismatch, it may take the hosts a bit of time to get going again.

Every department of the team has been overhauled by Jones, with regular captain Dylan Hartley dropping to the bench and Owen Farrell rested for the second time this autumn.

That makes 17/20 for the underdogs to be within 15.5 points at the interval another tempting option for our England vs Samoa betting predictions.

A Look At Samoa’s Betting Odds

Samoa made only minimal changes for their trip to Bucharest, so there is no denying that was a worrying display, with Titimaea Tafua’s side only able to cross the whitewash once, via a rolling maul.

However, financial problems have put a cloud over this once feared rugby nation and there may not have been enough of an incentive to put on a show in such a low-key contest.

At Twickenham, players will be back in the shop window for individual contracts at club level and we’re hoping that inspires the kind of swashbuckling display that lit up Murrayfield a fortnight ago.

Best bets for England vs Samoa 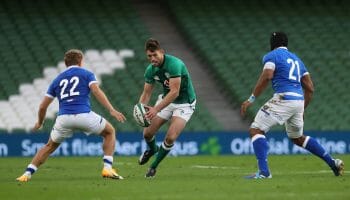