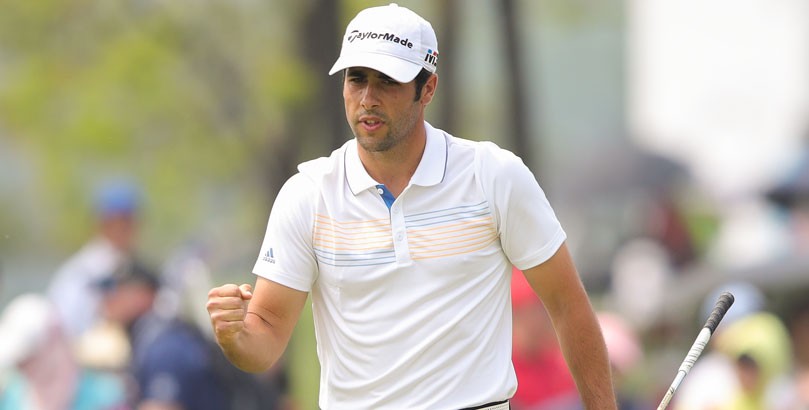 There is another new format to get to grips with on the European Tour this week as Ryder Cup star Thomas Pieters hosts the inaugural Belgian Knockout, Phil Casey writes.

The first two days will see the 144-man field play regulation stroke play to establish the top 64, who will then contest nine-hole stroke-play matches to whittle the field down further.

Three rounds of these knockout matches take place on Saturday with the quarter-finals, semi-final and final on Sunday on the North and South courses at Rinkven International Golf Club in Antwerp.

It is similar to the formats used in the Amateur Championship and World Super 6, although the knockout matches being stroke play means one bad hole could prove too much from which to recover.

All in all it’s an immensely difficult event to assess and a case could easily be made for waiting until the cut is made on Friday before getting involved.

But for now we’ll keep stakes small on one or two of the favourites and a couple of outsiders, starting with Spain’s Adrian Otaegui.

Otaegui gave us a 28/1 success when he won the Paul Lawrie Match Play last year and has been in excellent form this season, making the cut in all eight starts and producing his best finish with second place in the Volvo China Open.

Currently ranked 33rd in driving accuracy and eighth in greens in regulation, the protege of double Masters champion Jose Maria Olazabal can be backed in the each-way market at 33/1.

Next up is Australia’s Lucas Herbert, whose tie for third in Sicily on Sunday elevated him to a career-high of 143rd in the world rankings.

Herbert surged through the field with rounds of 66 and 63 on the weekend after ending a streak of three missed cuts in succession, which surprisingly came after he finished third in the World Super 6.

Another player who finished fast in Sicily is Italy’s Lorenzo Gagli, who shot two 67s on the weekend to finish 20th.

Gagli regained his European Tour card via the qualifying school last year, but won the Challenge Tour’s season opener in Kenya and finished second in Turkey recently. He is available each-way at 80/1.

Finally, Australia’s Dimi Papadatos could reward a small each-way wager at 100/1 to continue the form he showed in winning the Open de Portugal on Sunday.