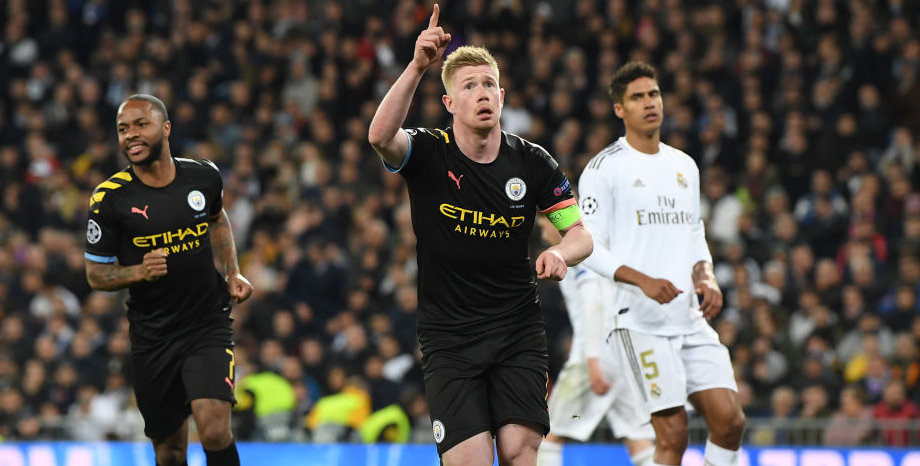 Manchester City looked a much better team than Real Madrid when the first leg of their Champions League tie opened up late on at the Bernabeu.

With the Whites now needing to chase the game to try and overturn a 2-1 deficit, we expect the Blues to confirm that superiority on home turf.

Punters can get Evens for the hosts to prevail and over 2.5 goals in the game and that is our initial Man City vs Real Madrid prediction.

City were cautious in the first half in Spain and almost paid the price as Real settled into a nice rhythm and passed the ball around impressively.

Sergio Aguero, Raheem Sterling, Fernandinho and David Silva all started on the bench in a surprising team selection.

A 60th-minute Isco strike then spurred the Blues into action, though, with Gabriel Jesus and Kevin De Bruyne netting in a dominant closing spell.

Midfielder Rodri said: “They dropped off physically in the last 10 to 15 minutes and we made the most of that.

“If the game had lasted a little longer, we could have done more damage still, but given the way the game was, it is a very good result for us.”

The victory was marred by another injury to Aymeric Laporte, but Real will also be without their star defender Sergio Ramos for the rematch following his 86th-minute red card.

Pep Guardiola’s side lead the way in Premier League late goals and 17/10 they outscore their visitors between 75:01 minutes and full-time again stands out from the Man City vs Real Madrid odds.

Real recovered from that setback to beat arch-rivals Barcelona 2-0 in La Liga, so they can never be written off.

Reflecting on the first leg, Zinedine Zidane commented: “We changed and made errors which hurt us.

“We didn’t deserve it, but this is football. We needed 90 minutes of total concentration, especially against a team like City.

“But we know that there’s half of this tie left and now it’s simple – we have to go to City and win.”

Guardiola echoed those thoughts when stating: “We are happy but, of course, it is still not over. If there is one team in the world that can overcome anything, it is this club.”

However, we still feel Real are a shadow of the team which lifted this trophy for three straight years.

Cristiano Ronaldo was the catalyst for that success and the pretenders to his throne have yet to justify some hefty price tags.

Let’s finish off our Man City vs Real Madrid betting tips by taking 3/1 for the hosts to oblige 2-1, 3-1 or 4-1 in the multiple correct score market.

Juventus vs Lyon: Bianconeri can turn tie around in Turin
Bayern Munich vs Chelsea: Blues to salvage some pride
Author