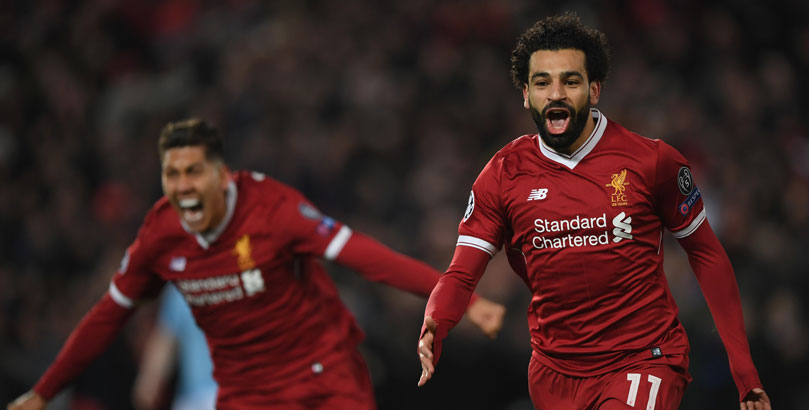 What Trueform says for Real Madrid vs Liverpool

Real Madrid have been far from convincing in a number of Champions League matches this season and our Trueform ratings suggest Liverpool are a value pick to come out on top in the final.

The Reds eventually only shaded Roma 7-6 on aggregate in the semis, but their 5-2 first-leg triumph was the stand-out performance on our chart.

Jurgen Klopp’s side can be fragile at the back, but they are fearless going forward and have the pace up front to upset Real.

We’re backing the English side at 27/20 to lift the trophy in Kiev in our Real Madrid vs Liverpool betting predictions.

Obviously, it would be foolish to underestimate Real Madrid as they bid to complete a hat-trick of title triumphs in Europe’s elite club competition.

The Whites were sensational when beating Juventus 4-1 in Cardiff last year, taking their tally of outright victories to 12, five more than nearest rivals AC Milan.

Two wins over PSG in this season’s first knockout round were followed by a superb 3-0 defeat of Juve in Italy and Zinedine Zidane’s side looked as strong as ever at that point.

However, they needed a controversial late penalty to see off the Old Lady after going 3-0 behind at the Bernabeu and were far from impressive in two ties with Bayern Munich.

Real could have been overwhelmed in the first half of a 2-1 victory in Germany and again rode their luck when drawing the return fixture 2-2.

The Whites will always be a threat going forward, but age appears to have caught up with some key players and they are very vulnerable at the back.

In the closing stages of LaLiga, they were beaten 3-2 by Sevilla and only drew 2-2 with Villarreal to end up finishing third.

Looking at the Real Madrid vs Liverpool odds, we like 333/100 for the Reds to prevail and both teams to score in normal time.

Liverpool lack Real’s recent Champions League pedigree, as this will be their first final for 11 years, but they are five-time winners, including a 1-0 triumph over the Whites in the 1981 decider.

This season, the Reds have produced some simply sparkling performances in Europe, notably a 5-0 away win over Porto and a 3-0 drubbing of Manchester City in the knockout stages.

The manner in which they went 5-0 up against Roma at Anfield in the first leg of the semi-finals was breathtaking.

Star men Mohamed Salah, Roberto Firmino and Sadio Mane bagged all those goals and the way they link up, especially on the break, is outstanding.

Conceding twice late on at Anfield that night and then going down 4-2 in Italy highlighted how Klopp’s side can be guilty of sloppy mistakes in defence.

Despite that, we still believe they have the high-tempo tactics to unsettle Real and the German manager agrees.

He said: “You cannot be more experienced in this competition than Real Madrid. They are in the final four times in the last five years and still together.

“They are experienced, we are not, but we will be really on fire. Going to a final is really nice, but winning is even nicer.”

We’re adding 21/2 for the Reds to prevail 2-1 in 90 minutes to our Real Madrid vs Liverpool betting tips.

Fit-again Emre Can has been included in Liverpool’s squad, having been sidelined with a back injury since late March.