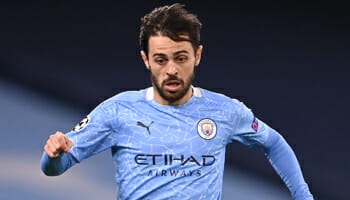 Manchester City set out on the latest bid to end their Champions League hoodoo by hosting an out-of-sorts RB Leipzig side in Group A.

The Blues made it all the way to the final last season and have regularly been clinically efficient during the pool stage in recent years.

We’re happy to take 11/10 for a home win to nil as our first Man City vs RB Leipzig prediction.

City have rattled off three straight Premier League victories without conceding, following up 5-0 routs of Norwich and Arsenal by prevailing 1-0 at Leicester.

Bernardo Silva bagged the winner at King Power Stadium and insists the Blues are ready for a run of mouth-watering matches.

Before the next international break, they also face PSG in this competition and domestic dust-ups with Chelsea and Liverpool.

“This month is going to be crazy for us, but everyone is ready,” Bernardo told the club website.

“There are a lot of different competitions to play, tough games, but when you are in this form, it is easier to keep going because players have a lot of confidence.

On home turf, City had previously been 2-0 up at the break versus Norwich and 3-0 ahead against Arsenal at the interval.

Looking at the 17/20 for the Blues to be leading at half-time and full-time again at this venue.

Leipzig were a solid second in the Bundesliga last season and made it through to the knockout stages of this tournament.

However, they were thrashed 5-0 by Manchester United at Old Trafford during the group stage and lost 2-0 to Liverpool twice in the round of 16.

Jesse Marsch was a natural successor as manager after doing well with RB Salzburg in Austria and Andre Silva should prove a good signing up front.

He scored 28 goals in 32 Bundesliga matches for Eintracht Frankfurt last term, while new team-mate Dani Olmo caught the eye with Spain at Euro 2020.

Both players were substituted during Saturday’s disappointing 4-1 home loss to Bayern, though, and that was a third defeat in four outings in Germany’s top flight.

City scored three goals in each of their group-stage home matches last season, keeping clean sheets versus Olympiacos and Marseille and conceding just once against Porto.

Let’s finish off our Man City vs RB Leipzig betting tips by taking 7/1 for another 3-0 triumph. 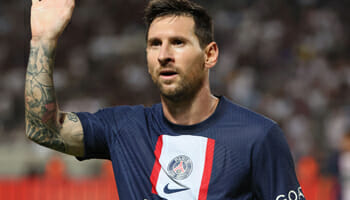