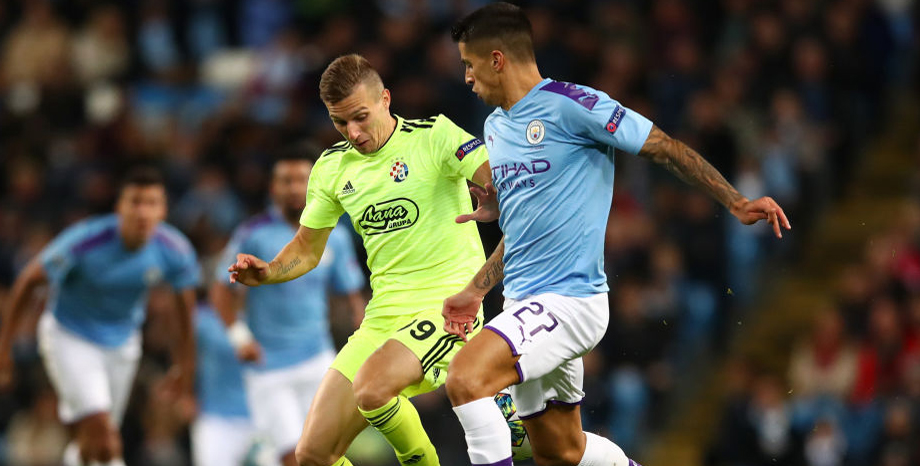 Manchester City are already assured of advancing as Champions League Group C winners, so that may make them vulnerable when visiting Dinamo Zagreb.

The home team can still qualify in second place if they prevail here and Shakhtar do not beat Atalanta, plus they have looked strong on home turf.

Pep Guardiola made a number of changes when the Blues were edged out away to Shakhtar in a similar situation two seasons ago.

That all makes 5/2 for a home victory tempting enough to be our opening Dinamo Zagreb vs Man City prediction.

Admittedly, Dinamo were fortunate to escape with just a 2-0 loss when taking on City at Etihad Stadium at the start of October.

The Blues missed a host of first-half chances that night, but finally made more than 80 per cent of possession count through Raheem Sterling and Phil Foden.

However, Nenad Bjelica’s side have looked a different team in Zagreb, where they thrashed Atalanta 4-0 and led Shakhtar 3-1 until conceding twice in stoppage time.

The hosts are runaway leaders in their domestic title race again, dropping just two points from eight home games in that competition.

Young Spanish playmaker Dani Olmo is rated a hot prospect, while Croatia striker Bruno Petkovic has been rejuvenated since joining on loan from Bologna.

Mislav Orsic has also made a big impression this season and 19/10 for him to score at anytime appeals from the Dinamo Zagreb vs Man City odds, along with 15/2 he nets first.

City got off to a flying start in this pool, winning 3-0 away to Shakhtar and 5-1 at home to Atalanta either side of their triumph over Dinamo.

However, the perils of continuing to play a full-strength team were highlighted in a 1-1 draw at Atalanta, where Ederson picked up an injury and then replacement Claudio Bravo was sent off.

Guardiola still named a strong side for last month’s home game against Shakhtar, but City laboured to a 1-1 stalemate on that occasion.

This will surely be one time when Pep is prepared to ring the changes, following Saturday’s deflating Manchester derby defeat to United.

The Blues fell 14 points behind Liverpool in the Premier League title race over the weekend and have tough tests against Arsenal, Leicester and Wolves coming up during a busy month.

There are still some interesting names to come in, though, not least Foden, who has been crying out for more game time after being hailed as a boy wonder over the past couple of years.

Punters can get 3/1 for the 19-year-old England youth star to net at anytime and that is worth adding to our Dinamo Zagreb vs Man City betting tips.