Liverpool and AC Milan have met in two previous Champions League finals, winning one apiece, and do battle in a tough Group B this season.

With Atletico Madrid and Porto also present in this pool, picking up maximum points on home turf could prove crucial for the Reds.

We’re going with 11/10 for Jurgen Klopp’s side to prevail and over 2.5 goals in the game for our first Liverpool vs AC Milan prediction.

Klopp has rekindled Liverpool’s love affair with Europe’s elite club competition, leading them to the 2018 final and then a sixth outright success the following year.

Losing out to both Madrid giants over the past couple of campaigns has been frustrating, but the Reds did top their group on each occasion.

A lack of major transfer activity this summer was a slight concern, but getting star defender Virgil van Dijk back from a long-term injury has obviously been a big boost.

Up front, Mohamed Salah will be looking to add to his 25 Champions League goals, while Sadio Mane, Roberto Firmino and Diogo Jota help Liverpool remain a strong attacking force.

Having supporters back at Anfield this term will be the icing on the cake, with the atmosphere always electric for big European nights.

Examining the 15/8 for a home win and both teams to score.

Seven-time winners AC Milan enjoyed a resurgence last season, finishing runners-up in Serie A in their best effort for a decade, even if it was arch-rivals Inter who topped them.

Stefano Pioli’s calm approach helped to get the Rossoneri back on track and return to the Champions League following a seven-year absence.

They also enjoyed a decent run in the Europa League, only losing out narrowly to Manchester United at the last-16 stage.

Zlatan Ibrahimovic is ruled out due to injury but former Chelsea and Arsenal ace Olivier Giroud is part of the forward line, while wing-back Theo Hernandez and winger Brahim Diaz are younger players to watch out for.

However, Italy’s Euro 2020 hero Gianluigi Donnarumma and playmaker Hakan Calhanoglu were high-profile departures over the summer.

The visitors have a neat style of play and should be competitive, but 7/1 for a 2-1 home victory completes our Liverpool vs AC Milan betting tips. 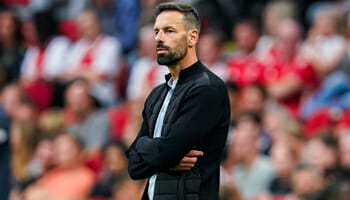