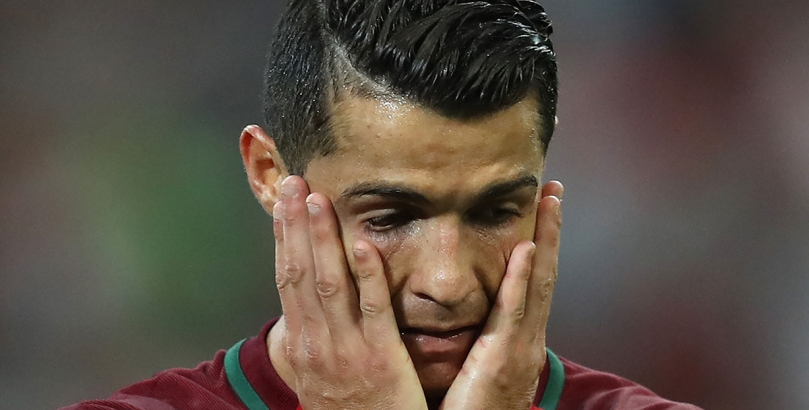 Cristiano Ronaldo’s dragon-slaying exploits against Wales moved him to within one goal of Euro 2016 leading scorer Antoine Griezmann ahead of Portugal’s appearance in Sunday’s final.

CR7 bagged the first in the Seleccao’s 2-0 semi-final win with a bullet header from close range, taking his tally to three for the tournament.

As a result, Ronaldo’s odds to win the Euros Golden Boot for the second time in his career (he shared the prize in 2012 with five peers) have been trimmed to 9/2, the second shortest price in the betting.

Understandably, four-goal Frenchman Griezmann is the favourite at 73/100.

The Atletico Madrid marksman has the benefit of an extra game with which to enhance his tally – he can be backed at 2/1 to notch at any point of Les Bleus’ semi-final date with Germany.

But there’ll be plenty of punters eyeing an investment in Ronaldo ahead of France’s last-four fixture knowing that if the hosts are eliminated, the Real Madrid goal machine may need to notch just once more to claim a two-way share of the gong, while a showpiece brace in these circumstances would probably see him land it outright.

It’s easy to assume the rewards outweigh the risks in this particular endeavour, but those who place this speculative wager are destined to lose their stake.

Even if France’s campaign is ended in the semis, Griezmann has the top scorer honours sewn up on account of three key stats undermining Ronaldo’s claims.

In the event of Didier Deschamps’ troops advancing, they’re essentially guaranteed continental glory having beaten the Portuguese in ten straight meetings (twice after extra-time) since 1978.

They failed to score in four of the most recent six meetings and Ronaldo has never beaten a French keeper on international duty.

He’s scoreless against Germany too, who have beaten Portugal in four successive matches since CR7 first donned his country’s colours.

Furthermore, the 31-year-old has celebrated just one normal-time goal in a major final since leaving Manchester United in 2009.

Given Portugal’s recent toils against both prospective final opponents, the chances of this requiring an additional 30 minutes are remote at best.