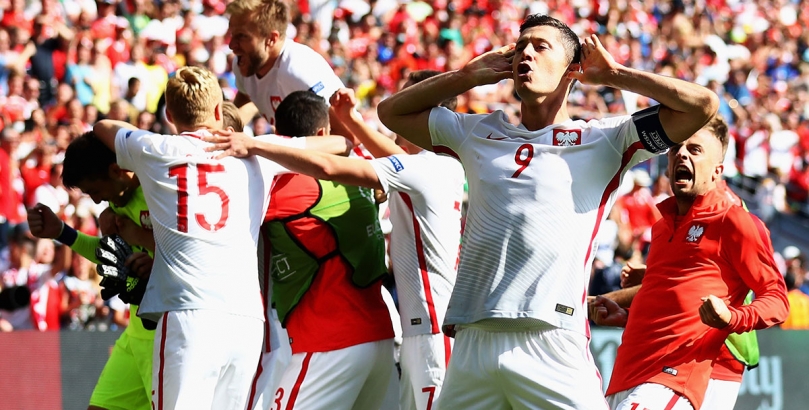 Portugal’s Euro 2016 campaign so far bear similarities to the numerous tales of rookie casino goers who, disregarding any advice, strategy or instruction manual, tugged levers and bashed buttons on slots machines and ended up winning a fortune – they’ve no idea how, but their visit was a success.

The graceless Seleccao have clattered their way to the quarter finals, a stage further than Croatia, Spain and England, without winning a single game inside regulation time.

It’s a dumbfounding situation that will undoubtedly result in them being made poster boys for the critics of the Euros’ new-fangled format, but on this occasion they’re not likely to care.

To further emphasise how Portugal’s tournament thus far has involved treading on banana skins in roller skates in a hallway laden with taut skipping ropes fixed at a shin-high level and remaining upright, for all their poor form, they’ve wangled a spot in the cushy half of the draw too.

While Germany, Italy, France and Iceland battle it out for two last four berths on the treacherous side of the divide, Fernando Santos’ men have been handed a winnable quarters clash with Poland.

Their extraordinary good luck has prompted many speculators to consider the Iberians in with a chance of actually winning the competition, with the fact that superstar talisman Cristiano Ronaldo hasn’t played especially well yet taking a prominent place in their case.

But then again, Poland’s equivalent, Robert Lewandowski, is yet to light the touch paper either.

It’s one of many arguments made about Portugal’s potential to reign supreme that can also be applied to their central European counterparts, whom the bookies have enormously underestimated here.

Where fortuitousness has formed the foundation of Portugal’s success so far, reliability is at the root of Poland’s.

They didn’t concede a group-stage goal in one of the tougher pre-knockout pools and their clean-sheet record would still be intact were it not for arguably the finest goal scored so far in a competition flush with spectacular strikes from Xherdan Shaqiri last time out.

Obviously, progressing via penalties against Switzerland required an element of luck but, after holding off Northern Ireland, Germany and Ukraine, they were due some.

Portugal commendably kept Croatia at bay last time out, but they still gave up 17 attempts at goal in the game, managing just six in return en route to their extra-time triumph.

These stats may not be enough to qualify the win as smash-and-grab, but the fact that Hungary breached the Seleccao’s backline three times in the pair’s final group game suggests the Croats’ profligacy had the most significant impact on the scoreline.

With Poland boasting marksmen of Lewandowski and Arkadiusz Milik’s calibre, allowing the outsiders to take aim as regularly will certainly prove problematic.

They haven’t lost in three against the Portuguese and look good value to make it four here.

A skinflint price of 2/5 says there’ll be fewer than 2.5 goals here, but a stream of stats suggest it’s worth setting the bar lower.

The aforementioned Shaqiri wonder strike represents Poland’s only concession in five matches, while Portugal have failed to score in 90 minutes twice already this tournament.

Dating back to November 2015, they’ve drawn blanks against Russia, Bulgaria and England as well as the recent bagels recorded against Iceland and Croatia.

One goal is likely to prove enough to decide this encounter, so back the protagonists to limbo under the 1.5 line.

The bookies understandably make Lewandowski the most likely Pole to score, but Milik looks a better bet.

With 15 attempts on goal, only Cristiano Ronaldo (3/1 to score first here) and Gareth Bale have hit more shots in the tournament.

It’s almost twice the amount mustered by Lewandowski, who has also had seven fewer touches inside the box.

Poland have notched exactly one in three of their four matches so far, while there has been as many second-half strikes registered across their quartet of clashes.

Don’t expect to see the goal they’re going to get to decide this one scored until after the break.