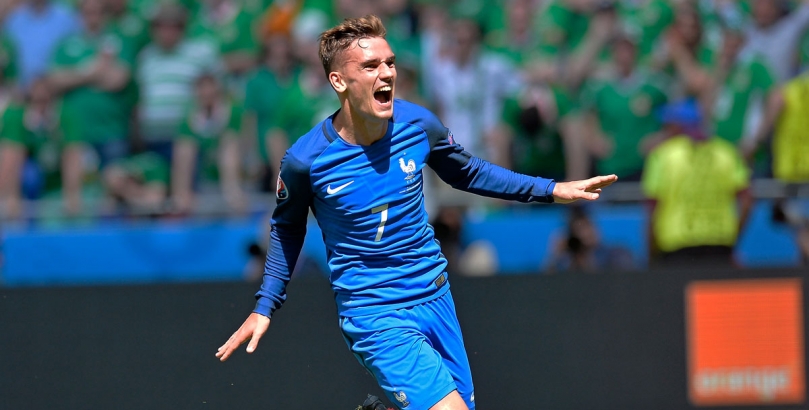 There’s a relatively-modern Greek legend that has it that just because an underdog shocks the world in overturning enormous odds once, doesn’t mean they aren’t capable of doing so again and again.

Similarly, the tale in question suggests that a mere combination of superior quality players and the vociferous support of a home nation crowd is no guard against falling victim to such a force once they are up and running.

Eight years since Greece recorded an upset of a magnitude only recently bettered by Leicester City by winning Euro 2004, Iceland’s progress through Euro 2016 bears certain similarities with that unforeseen conquest.

Both clad in variations of blue and white and using defensive diligence as their calling cards to gain positive results against supposedly superior foes, the latter can emulate the Greeks by besting the host nation.

True, Piratiko were helmed by a multi-Bundesliga-winning managerial mastermind in Otto Rehhagel, whereas their 2016 incarnation take commands from an undecorated former Sweden coach and a part-time dentist.

Perhaps the Icelandics did little more than watch England implode from a safe distance and France must prove a sterner challenge?

Except this Les Bleus side also has the potential to shoot itself in the foot, as the second-minute penalty Paul Pogba conceded against the Republic of Ireland or their countless missed opportunities against Romania and Albania demonstrate.

Can Iceland shock the French? Let’s look at the matches they won to get to this stage. Both conceded an early spot kick before coming back to triumph 2-1.

So far so symmetrical, but consider this. Didier Deschamps did so against inferior opposition and had the benefit of an extra man from the 66th minute onwards.

Strákarnir okkar did so against a team expected to clean their clocks thoroughly, with no such numerical advantage.

The fact that France have yet to put together a convincing performance for more than 45 minutes during the tournament is seemingly well mitigated by 12 wins from their 14 games this season.

“Deschamps and his men find a way”, the sea of ‘W’s next to their name in the form book seems to say.

Two of their three wins at Euro 2016 so far have come by a single goal, while in the one match that only required them to draw (against Switzerland) they drew.

If Iceland are to go down within 90 minutes at all it seems destined to be by the slimmest of margins, they haven’t lost by more than a single goal in their last 14 competitive internationals.

For a ‘Blue Wall’ that has earned a reputation for defensive stoutness in this tournament, Iceland sure don’t keep many clean sheets.

In fact the sole side that have failed to breach them in their last nine outings were Lichtenstein – even England managed it.

With this in mind, France, with their dizzying array of attacking talent are sure to find a way through, but whether Les Bleus can keep their own sheets clean is another matter.

Prone to difficulties in dealing with crosses from both open play and dead balls, the hosts are sure to struggle with the long throw-ins that so undid England in the round-of-16.

Antoine Griezmann’s brace against the Republic of Ireland is the reason France are in the quarter-finals.

He had previously shown he has the temperament to make a difference in the games that matter on Atletico Madrid’s run to the Champions League final, bagging in knockout games against Barcelona and Bayern Munich.

Both sides conceded penalties last time out, while Iceland were also spot-kick beneficiaries three games back against Hungary.

Recommended bet: How many penalties will be awarded in normal time? 1 @ 7/2