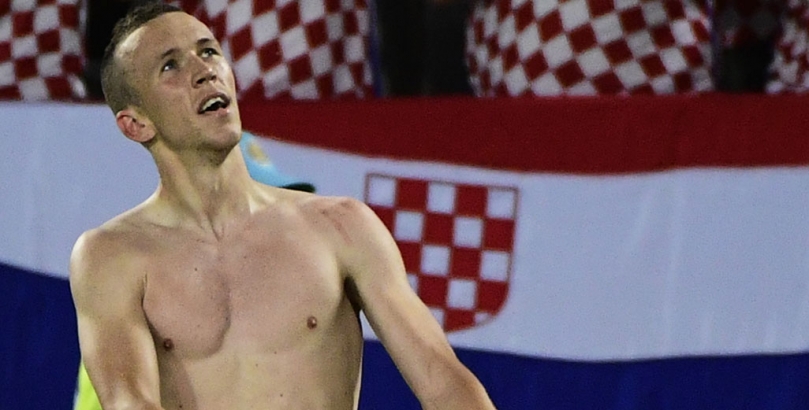 There are one or two teams in this tournament that wouldn’t mind being in Croatia’s position right now.

In the top-half of the draw, the most fearsome opponents they will face before the final are Portugal, Belgium or Poland, with France, Germany, Spain, England and Italy all set to fight out the other berth in the decider between themselves.

Ante Cacic’s men could hardly be more confident heading into the easy side of the ladder either, having defeated a full-strength Spain, who had previously looked the tournament’s best team in their final group stage game.

Not only were the reigning champions beaten in a Euros game for the first time since 2004, but they were conquered without key players Luka Modric and Mario Mandzkuic.

Both missed the match with muscle injuries and while neither mishap is thought to be tournament-enders the duo have not yet been confirmed fit for the round-of-16-clash with the Portuguese.

Having downed Spain without them, Croatia remain favourites to beat a Seleccao side that have struggled to break down inferior teams or contain those with even limited attacking resources so far in France.

Yet, Croatia know how fragile such momentum can be…

At Euro 2008 they breezed through a group featuring eventual finalists Germany with three straight wins, having qualified at England’s expense.

However, despite the ease with which they reached the knockouts, they were summarily bounced from tournament at the next possible opportunity, falling to Turkey on penalties at the quarter-final stage.

Mainstays Modric, Ivan Rakitic and evergreen captain Dario Srna (in what is surely his last tournament with the Blazers) were part of the squad that swallowed that heartache and will be at pains to stop it happening again.

Croatia enter the contest in stellar form, not just since the tournament began but since Cacic took over the reigns from Niko Kovac last September.

They are unbeaten in ten matches under the dugout veteran, now in his 20th managerial role, winning eight times.

Portugal have been far less convincing, with Luxembourg, Norway and Estonia accounting for three of just four wins they’ve recorded in ten fixtures since the end of qualifying, with just one of those successes coming in the last five games.

Fernando Santos’ defence has been guilty of fatal lapses in concentration throughout the tournament, from the marking mix up that allowed Iceland to equalise in their opener to being carved open by Hungary on multiple occasions.

Against a side that attack as quickly and incisively as the Croats, who were able to counter and exploit Spain’s hitherto hard to breach rearguard at will, they could be torn apart.

Croatia have conceded five goals in ten games under Cacic, with the post-firecrackers penalty against the Czech Republic the sole occasion in which their opposition netted as many as two during that sequence.

Portugal have proven similarly adept at starving the opposition of reasons to celebrate, their deflection-aided three-ship against the Magyars apart.

That group-closer was the sole game in 15 since the beginning of the 2015/16 campaign in which they have conceded more than one goal.

As a result, under 2.5 goals looks prohibitively priced at 11/25 and, given the amount of chances both sides gave up in their most recent fixtures, it could be worth rolling the dice on at least three goals.

Cristiano Ronaldo will undoubtedly be berserk for breaking Michel Platini’s Euros goals record, having moved to within one with his double against Hungary.

However, Real Madrid teammates Modric and Mateo Kovacic have been well placed to advise their compatriots of his idiosyncrasies, having shared a training ground with him all season.

The former has already put his Los Blancos knowledge to good use when reportedly informing keeper Danijel Subasic which way Real skipper Sergio Ramos was going to put his penalty against Spain.

Not looking fully fit, Croatia can neutralise Ronaldo’s threat and Ivan Perisic, who has netted in three of his last four matches, also hitting the bar when striking out against Turkey, can help them capitalise.

Croatia bagged a goal between 30:01 and half-time in each of their group games, while Portugal also scored two during the same time period in their mini league.