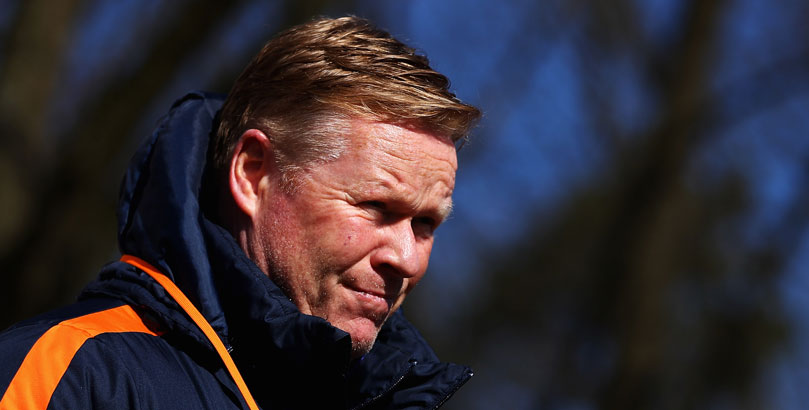 England have not beaten Holland since Euro 96, suffering three defeats in seven international friendlies since Alan Shearer and Teddy Sheringham both hit doubles in that 4-1 romp.

Among those losses was a 2-1 reversal at Wembley two years ago, when Jamie Vardy put the Three Lions ahead, only for Vincent Janssen to equalise from the penalty spot and then set up Luciano Narsingh’s winner.

New Netherlands boss Ronald Koeman will be determined to keep that run going and 8/5 for a home win gets the nod in our Holland vs England betting predictions.

A Look At Holland’s Betting Odds

Former Everton and Southampton manager Koeman has been handed the task of trying to rebuild a Holland squad which has failed to qualify for two consecutive major tournaments.

However, he does have plenty to work with after a strong finish to their World Cup pool, with three straight wins including a 2-0 triumph over Sweden last October.

Scotland and Romania were beaten in November friendlies, while Koeman can call on six Premier League players from his 25-man squad, notably Liverpool duo Virgil van Dijk and Georginio Wijnaldum.

Up front, former Anfield forward Ryan Babel has been in good form for Besiktas this term and ex-Manchester United misfit Memphis Depay has resurrected his career at Lyon.

Spartak Moscow winger Quincy Promes is on the radar of many top clubs, while Patrick Kluivert’s 18-year-old son Justin could be handed an international debut after catching the eye for Ajax.

Looking at the Holland vs England odds, we think a number of the Dutch players will be determined to do well and like 16/5 for the hosts to prevail by a one-goal margin.

England are preparing for this summer’s World Cup finals in Russia following an impressive qualifying camping which saw them go through all 10 Group F games unbeaten, with eight wins recorded.

Just three goals were conceded in those matches, two of which came in an away draw with Scotland, so it is easy to see where the strength lies in Gareth Southgate’s set-up.

That view was backed up by goalless draws against Germany and Brazil at Wembley in November, but we aren’t overly impressed with the current squad on paper.

Joe Hart is out of favour at West Ham, meaning Jordan Pickford will start in goal, while there is also a lack of experience in the middle of the rearguard, with only John Stones having more than a few caps.

Harry Kane’s absence up front is another obvious cause for concern, while midfielder Jack Wilshere has not travelled due to a knee injury, and this could be a tough night for the Three Lions in Amsterdam.

It may be tight early on, but we like 21/4 for a draw at half-time and then the Dutch to win for our Holland vs England betting tips.

Best bets for Holland vs England