We’ve got all you need to know about the England team news ahead of Qatar 2022, including the key dates for their group-stage games, how to watch those matches and squad updates.

The Three Lions are third favourites in bwin’s World Cup odds behind Brazil and France, as they seek to build on encouraging efforts in the last two major tournaments.

Gareth Southgate’s side were semi-finalists in Russia four years ago and only lost out on penalties to Italy in the delayed Euro 2020 decider.

They finished six points clear of Poland in their qualifying pool and are hot favourites to top the Group B table in Qatar, despite struggling in the Nations League this year.

We’ve assessed the strength of England’s World Cup group in our great infographic guide to each Qatar pool and these are the matches coming up for the Three Lions in that section:

Team Melli are England’s opening opponents in what will be a first meeting between the nations and although Iran are the outsiders in this pool, they qualified with ease as group winners, finishing two points clear of South Korea.

Qatar will be their third successive appearance at the World Cup and they will hope to cause a stir as they did in Russia, where they ended up third in Group B, just a point behind Spain and Portugal.

They have never beaten European opposition at the World Cup, although they did draw with Portugal four years ago thanks to a stoppage-time penalty, having beaten Morocco in their opener for their first victory at the finals in 20 years.

Head coach Dragan Skocic has a couple of dangerous strikers at his disposal in the shape of Bayer Leverkusen’s Sardar Azmoun and Mehdi Taremi, who scored 20 goals in Porto’s title-winning season in Portugal.

After missing out on Russia four years ago, the USA World Cup 2022 odds suggest their return could produce at least a last-16 appearance.

Gregg Berhalter’s side have reached that stage the last two times they have qualified, losing to Ghana in South Africa in 2010 and Belgium in Brazil four years later, both in extra-time.

They drew with England 12 years ago following a Clint Dempsey equaliser and will fancy their chances of progressing after qualifying automatically with a third-placed finish in their CONCACAF group.

Robert Page’s side will be determined to make the most of this opportunity after securing their long-awaited return to the tournament.

The Dragons became the last European nation to reach Qatar, beating Ukraine 1-0 in their play-off final in Cardiff to end a 64-year wait for another World Cup appearance.

Wales have the ability to rise to the occasion and excelled on their European Championship debut in 2016 as, after topping a group ahead of England, they reached the semi-finals during a remarkable run that saw them stun Belgium.

A squad with an array of experience and a sprinkling of youth, led by talismanic forward Gareth Bale, will be aiming to create even more history in the Middle East.

Southgate will take a 26-man squad to Qatar, with limits raised from the usual number of 23 due to fixture congestion and the timing of this tournament, during club campaigns.

He has plenty to mull over after a 3-3 draw with Germany brought the curtain down on a challenging Nations League campaign that saw England relegated with a game to spare.

We’ve analysed who will be on the plane to Qatar and which seats are still up for grabs:

Pickford has been number one since the 2018 edition in Russia and is sure to be between the sticks this winter.

When the Everton ace was absent for September’s fixtures due to injury, Pope deputised but did not look confident with the ball at his feet and was culpable for Germany’s late leveller.

But Pope – part of the 2018 World Cup squad and absent from the Euros through injury – is a good squad player and looks set to join Ramsdale in the three-strong goalkeeper group.

Maguire endured another challenging evening against Germany but has always retained the faith of Southgate. It would be a shock to see that change before Qatar but his game time and form at Manchester United is a concern. The same goes for team-mate Shaw, although his fine performance against Germany delighted Southgate.

Stones, James and Walker look shoo-ins, with World Cup semi-final goalscorer Trippier a versatile, trusted option. Dier started both matches as he won his first caps since November 2020 and impressed Southgate with the way he slotted straight back in.

Chilwell needs a strong build-up to the tournament and Alexander-Arnold’s eye-catching omission from the matchday squad versus Germany raised fresh questions about his place.

Tomori was also left out and it will be interesting to see how Southgate selects his centre-backs, with Coady and Guehi among other options as he works towards a five-man backline in Qatar.

Bellingham underlined his status as one of the most exciting talents in the world with a pair of encouraging displays alongside Rice. The duo are sure to be selected, as are Henderson and Mount if fitness permits.

Phillips – England’s player of the year for 2020-21 – is a major doubt to make the tournament, with his lack of game-time at new club Manchester City compounded by a shoulder surgery.

Southgate acknowledged England have a “slight lack of depth in the middle of midfield” and Ward-Prowse, who just missed out on the Euro 2020 squad, will be hoping to get the nod.

Record-chasing captain Kane will lead the side to the World Cup, where Euro 2020 star Sterling will hope to be play an important role once more.

Foden joined the pair in attack for both of September’s matches and will be on the plane to Qatar, as will Saka and Grealish. Abraham has yet to translate his Roma form to the national set-up but looks most likely to be Kane’s back-up.

Rashford was unavailable due to injury but continued strong performances for United could see him included. Team-mate Sancho’s chances look less certain and Toney will be relying on injuries to be involved having not made his debut following his maiden call-up. Bowen is another facing the prospect of just missing out. 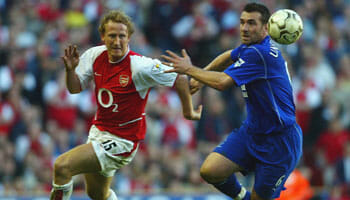 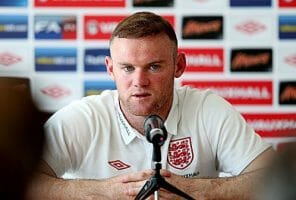