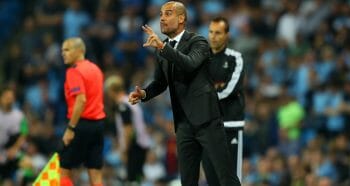 The Citizens snapped a six-match losing run in timely fashion ahead of Barcelona’s visit, thrashing West Brom 4-0 at the Hawthorns. They’re 19/10 to record consecutive victories for the first time since September.

Barcelona struggled in the final third against Granada last time out and with City keeping clean sheet in both Champions League home games so far, contributing to a run of three shut outs from six in front of the faithful. There are worse bets around than the home win to nil at odds of 19/4.

There are legs in under 2.5 goals at 7/5 too, considering the bet has landed in each of City’s previous pair at HQ, Barcelona’s last outing before this one and in three of the duo’s last five renewals.

A Look at Barcelona’s Betting Odds:

Barcelona’s odds to beat Man City are 27/20 and few could debate their favourite status given the outcome when the two met a fortnight ago.

Up until Claudio Bravo’s red card at the Camp Nou, however, it was a cagier contest than the scoreline suggests. If there is to be a winner here, it won’t be a thumping. Backing a one-goal deficit at 7/5 will pay dividends.