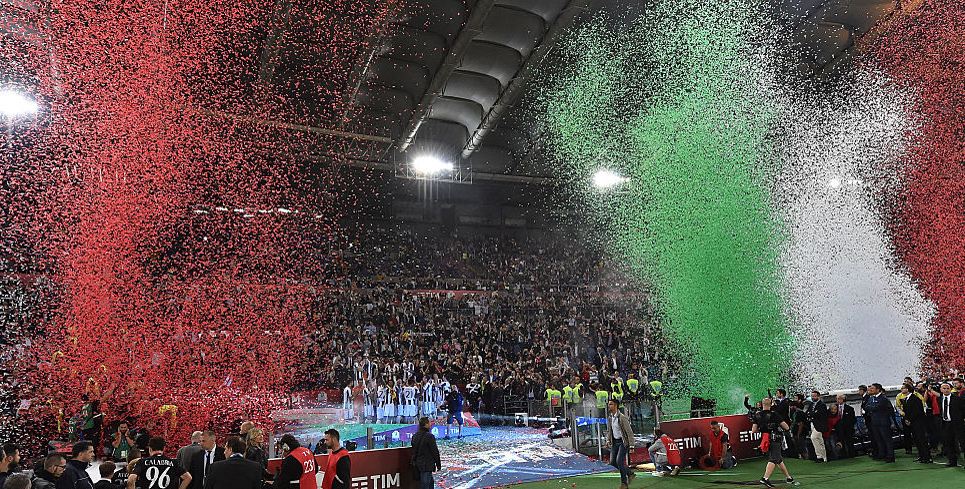 Juventus are bidding for a hat-trick of Coppa Italia triumphs and are hard to oppose against Lazio on Wednesday night on their recent head-to-head record.

Juve have prevailed in each of their last nine encounters, with only one goal conceded during that sequence in the 2015 decider of this competition.

Punters can get Evens for Juventus to win in normal time and that option kicks off our Coppa Italia final betting tips.

Juventus blew the chance to wrap up a sixth straight Serie A crown when beaten 3-1 at this venue by Roma on Sunday, but Massimiliano Allegri did make several changes, safe in the knowledge they host Crotone next.

“The fact we drew with Atalanta and Torino, then lost here, it shows we’ve lost something in terms of concentration,” admitted Allegri.

“At least it will be a wake-up call ahead of the Coppa Italia final with Lazio. We have to look at the positive, which is this’ll make us keep absolutely focused for Wednesday.”

Paulo Dybala only came on for the last 20 minutes against Roma, so he should be fresh for this clash and has a great record versus Lazio, scoring five times in his last six encounters with the Rome club.

We’ve taken note of that impressive stat and 15/4 for Dybala to break the deadlock stands out from the Coppa Italia final odds.

Lazio also suffered a disappointing result over the weekend when they dropped down to fourth in the table after a 3-2 defeat at Fiorentina.

Sunday’s home clash with Inter now takes on more importance as the Eagles chase a place in next season’s Champions League.

Simone Inzaghi’s side have been scoring goals for fun of late and will effectively have home advantage here, but that result has cast doubts over their ability to match Juve’s intensity.

Lazio are still playing well enough to hit the target, but 4/1 for Juventus to win 2-1, 3-1 or 4-1 completes our Coppa Italia final predictions.