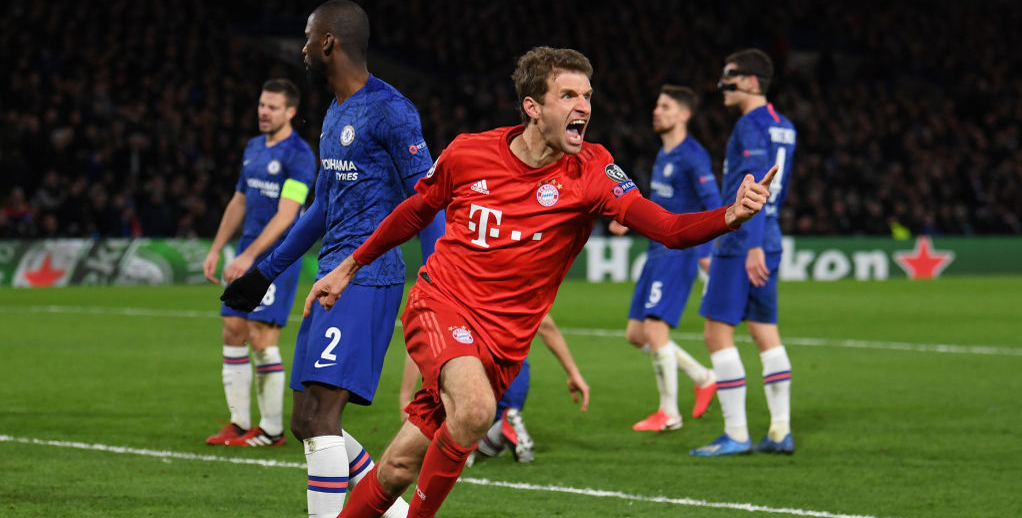 Chelsea were handed a harsh lesson by Bayern Munich at Stamford Bridge but we’re backing them to salvage some pride from the return fixture.

Robert Lewandowski is set to sit out the second leg of this Champions League tie with a knee injury and FC Hollywood may simply seek to ease through.

Let’s have a speculative punt on the Blues to avoid defeat at 21/10 for our initial Bayern Munich vs Chelsea prediction.

England’s capital has certainly been a happy hunting ground for Bayern in recent times.

Arsenal were crushed 5-1 at Emirates Stadium a few years ago, Tottenham were trounced 7-2 on home turf in Group B this term and Chelsea thumped 3-0 last month.

Former Gunners starlet Serge Gnabry added to his four goals versus Spurs with a Stamford Bridge double, before Lewandowski put the icing on the cake.

Bayern manager Hans-Dieter Flick beamed: “Of course, it was a really good result for us. The team performed exactly as we had planned.

“We were very concentrated, very focused on the way we played – and that’s the reason why we could win 3-0.”

If in the same mood here, it could be another long night for the Blues, but Bayern are involved in a tough Bundesliga title race with RB Leipzig and Borussia Dortmund.

That could tempt Flick to enter this match in cruise mode, so 31/20 for the scores to be level at half-time appeals from the Bayern Munich vs Chelsea odds.

Chelsea will have fonder memories of facing Bayern at this venue in the 2012 Champions League final, when lifting the trophy after a penalty shoot-out.

Head coach Frank Lampard played in that contest and will be keen to enjoy another positive trip to Germany.

Lampard recognises an early European exit could already be a formality, but insisted: “It’s a show of character to see what we can do.”

Reflecting on the first leg, he added: “It was a harsh lesson, a reality for the players of the levels we want to get to. This is Champions League football.

“We, as a club, I suppose, haven’t been fighting in the knockout stages, getting through to the back end of it, for some years and the reality of what it takes.

“But we have to go to Munich and play with a lot of pride to see what we can do there.”

The Blues have been inconsistent this season, as they seek to build up a young squad.

However, they have played with freedom on the road and secured some excellent results in the process.

Picking up seven points from trips to Lille, Ajax and Valencia helped them qualify from Group H, while there have been domestic victories at Tottenham, Arsenal and Wolves.

Let’s finish off our Bayern Munich vs Chelsea betting tips by taking 13/5 for the visitors to score more than once in an open encounter.