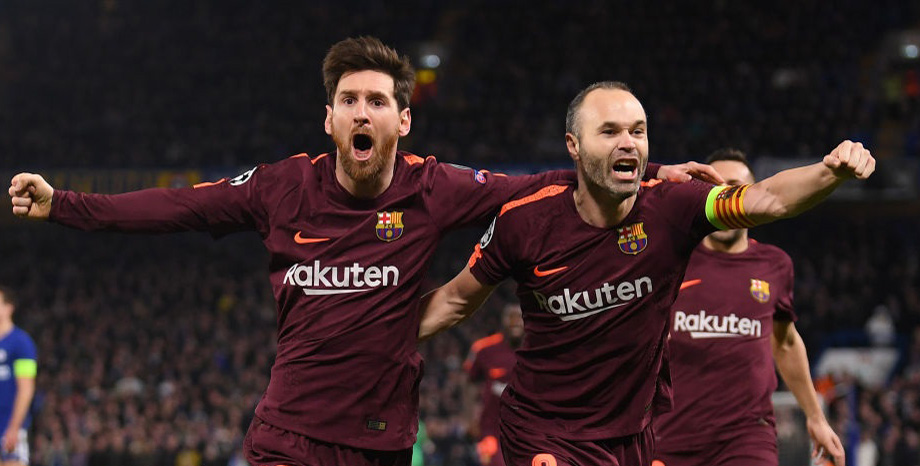 Chelsea gave Barcelona an almighty scare in the first leg of their Champions League clash, but we expect the Catalan giants to prove a class apart at Camp Nou.

Lionel Messi’s equaliser at Stamford Bridge ended a personal eight-game scoring drought against the Blues and put his side in pole position to qualify for the quarter-finals.

With Ernesto Valverde’s side looking invincible on home turf this term, 21/20 they prevail by more than one goal in Spain gets the nod in our Barcelona vs Chelsea betting predictions.

Since the initial tussle, Barcelona have hit Girona for six here and claimed a crucial LaLiga triumph over Atletico Madrid.

Barcelona enjoyed plenty of possession in London, but it was another moderate away performance in the Champions League overall.

During the group stage, Barca drew 0-0 at Olympiakos and Juventus after only scraping a 1-0 win at Sporting Lisbon thanks to an own goal.

That travel sickness follows on from last term’s heavy losses at PSG, Manchester City and Juventus, so is clearly an ongoing issue.

However, back in Spain it has all been plain sailing, with Barca scoring eight times and conceding just once in three pool victories.

It is worth noting that the hosts netted six of those goals after the interval, though.

Looking at the Barcelona vs Chelsea odds, it could pay to back them at 23/20 to strike more times in the second period again here.

Antonio Conte got his tactics spot on in the opening encounter, with Chelsea soaking up pressure by crowding the centre of the pitch in defence and then trying to pick off Barca on the break.

Willian fired thunderous shots against both posts before putting the Blues ahead on 62 minutes, at which point the Premier League outfit looked pretty comfortable.

However, the defensive slip which let in Messi to level things up has changed the make-up of this return fixture, with Chelsea now needing to hit the back of the net again at Camp Nou.

They may well achieve that part of the mission, but keeping Barca’s attacking talent shackled on this massive pitch will be much more of a problem.

The Blues certainly looked vulnerable on the road when losing away to Manchester sides United and City in the Premier League after drawing with Barca.

A home win and over 2.5 goals in the game is 91/100 and completes our Barcelona vs Chelsea betting tips.

Best bets for Barcelona vs Chelsea

Barcelona to score more times in second half @ 23/20