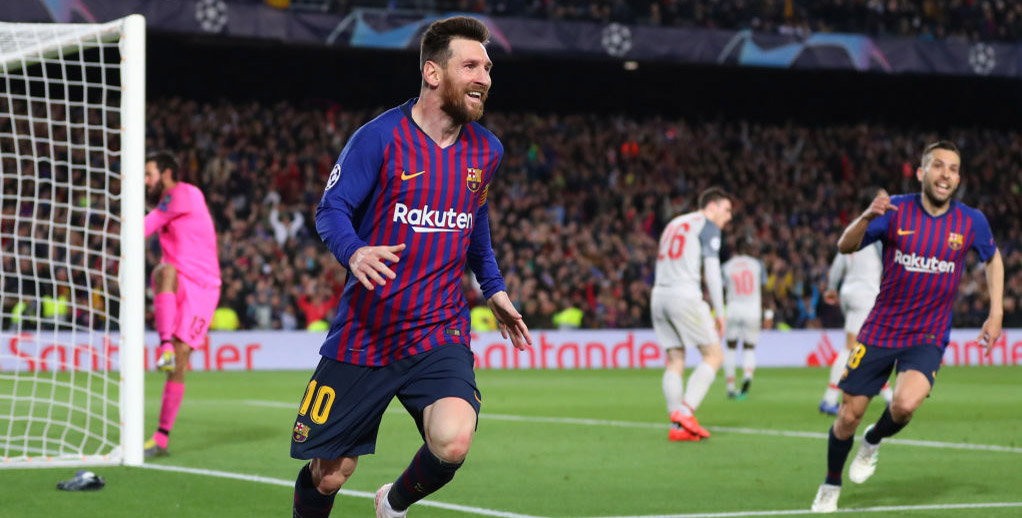 Liverpool trail 3-0 to Barcelona from the opening leg of their Champions League semi-final and have been rocked by injury problems ahead of the return fixture.

Jurgen Klopp’s side looked the better team for long periods of the game at Camp Nou, but ultimately had to bow down to the magic of Lionel Messi.

The Reds are now out to 9/1 to go through after giving themselves a huge mountain to climb, especially as they must cope without Mohamed Salah and Roberto Firmino.

However, they are still fancied at 3/2 to at least win the return fixture at fortress Anfield in our initial Liverpool vs Barcelona prediction.

Liverpool outperformed Barca in terms of possession, corners earned and attempts on goal but were left to rue not grabbing the lifeline of an away strike.

Substitute Firmino had a shot cleared off the line and Salah hit the follow-up against the post, while James Milner fired straight at the keeper after a well-worked move.

There was a 20-minute period after half-time when the Reds threatened so much that Barca coach Ernesto Valverde took off former Anfield playmaker Philippe Coutinho and sent on another defender.

Liverpool will clutch at the straws of a 13-match unbeaten run in Champions League home games, but Barcelona know they can afford to concede four times if just netting once at Anfield.

Trent Alexander-Arnold declared: “I am sure the fans will believe we have it in us to score enough goals and not concede.

“Realistically, it is a really uphill battle for us, but it is important to have that belief.

“It is a slim possibility, but the possibility is still there. We have got to go out there and be fearless.

“The only way to get the result is to not hold back. If we get caught up thinking about the players they have got, it is not going to work.”

Looking at the Liverpool vs Barcelona odds, we reckon 11/4 for a home win and both teams to score is a good option.

Concussion means Salah has been ruled out of the second leg, along with Firmino (muscle tear), meaning Divock Origi, the substitute who scored the late winner at Newcastle on Saturday, is set to start.

Alexander-Arnold added: “We have got two of our main goalscorers off, but it also presents an opportunity for others to make themselves heroes.

“The lads who maybe don’t get as many minutes will be looking to take the opportunities. I am sure whoever comes in will have an understanding with all the players.”

Barcelona edged ahead on 26 minutes at Camp Nou, when Luis Suarez raced onto Jordi Alba’s excellent pass and steered his shot home in clinical fashion.

The Catalan giants were then content to soak up plenty of pressure before Suarez hit the bar on the break and the rebound fell kindly for Messi to walk the ball into the back of the net.

There was nothing fortuitous about Messi’s second, though, with the Argentina ace beating Alisson all ends up with a stunning free-kick from fully 30 yards out – his 600th goal for the club.

In a glimpse of the problems Liverpool will face at Anfield, Ousmane Dembele wasted two glorious chances on the counter-attack in the closing stages.

Those misses may yet come back to haunt Barca, but Valverde preferred to focus on the exploits of his talismanic superstar.

“Messi always surprises you, I don’t know how he does it,” he said. “He also does it in times when we need it.”

Just one more bit of magic from Messi, Suarez, Coutinho and co at Anfield should effectively end this tie and allow the visitors to ease off.