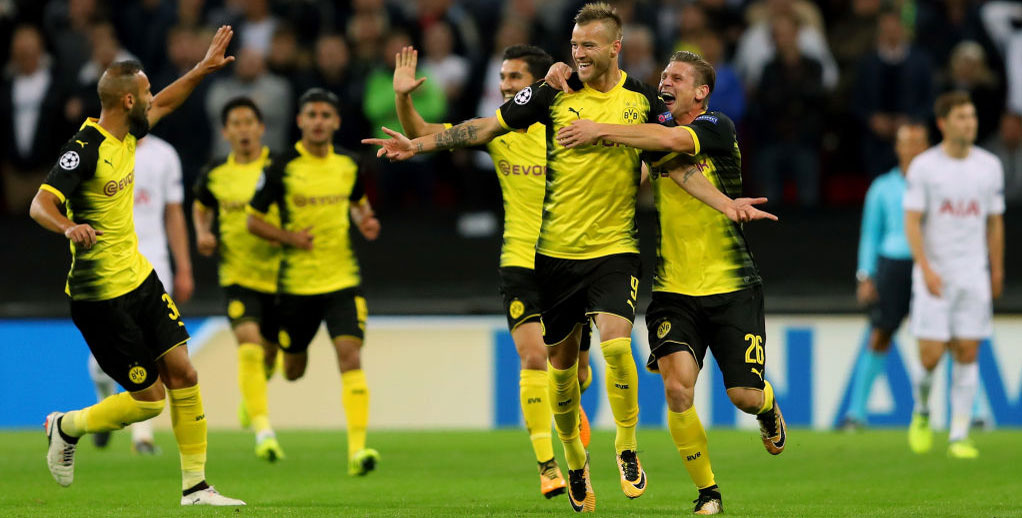 Borussia Dortmund may already be resigned to settling for third place in their Champions League group ahead of hosting APOEL Nicosia on Matchday 4.

With just one point from three games, the 2013 finalists are six adrift of pacesetters Real Madrid and Tottenham, who meet in London in the latest round of fixtures.

Bridging that gap will be a mammoth task, but Dortmund should at least make some inroads with a solid success here.

We’re kicking off our Borussia Dortmund vs APOEL betting predictions by taking 9/2 for a 3-0 home victory.

Borussia Dortmund paid the price for being too gung-ho when going down 3-1 to Spurs at Wembley and then Real in Germany.

The Bundesliga outfit were expected to get back on track in Cyprus a fortnight ago but could only draw 1-1 with APOEL after a blunder from goalkeeper Roman Burki allowed the underdogs to take the lead.

Socratis Papastathopoulos headed in an equaliser soon after, but Dortmund couldn’t snatch a winner as Shinji Kagawa and Pierre-Emerick Aubameyang had efforts turned onto the woodwork.

Manager Peter Bosz admitted: “We know it’s difficult now but we will have to win the home game against APOEL and then see what the last two matches bring.”

The hosts could have one eye on an upcoming Bundesliga clash with Bayern Munich, though, so we’re expecting a workmanlike, rather than spectacular, triumph.

Looking at the Borussia Dortmund vs APOEL odds, 23/20 for a home win and under 3.5 goals will do for us.

APOEL had looked out of their depth at this level when going down 3-0 to Real Madrid and Tottenham, repeatedly allowing Cristiano Ronaldo and Harry Kane to get in behind their defence.

However, they managed to marshal Dortmund’s star striker Aubameyang pretty well in the first encounter between these teams.

“We worked very well I thought and we managed to match them,” declared head coach Giorgos Donis.

Losing first-choice keeper Boy Waterman to a shoulder injury during that game is a blow and 21-year-old Mexican stand-in Raul Gudino will be put under plenty of pressure.

However, the visitors should now have a bit more belief and we like 21/10 for them to be just 1-0 down at half-time for our Borussia Dortmund vs APOEL betting tips.

Porto vs RB Leipzig: Dragons will be fired up back on home turf
Liverpool vs Maribor: Reds expected to run riot again at Anfield
Author