At news.bwin.com/en/, we pride ourselves on the ability to arm punters with the type of statistical evidence for bets which they would not otherwise have at their fingertips.

And with most of the top leagues in Europe having recently passed the halfway mark, we thought it would be rude not to provide you with a series of articles detailing interesting trends which you should strongly consider when compiling your next few weekend football betting coupons.

The over/under 2.5 goals market is a staple of bwin’s enormous selection of fixtures from across the globe and is particularly popular among those who like to bet on short-priced offerings, as both options tend to range between odds of 1/2 and evens.

To kick off, we take a closer look at the under 2.5 goals selection, and having scoured all the leagues across the continent – minus those on winter breaks – we’ve identified six teams who could keep on bringing home the bacon with this play, as the following tables show.

So to summarise, the smart money is on under 2.5 goals when:

– Asteras Tripolis are playing at home in the Greek Superleague

– Estoril are playing at home in Portugal’s Segunda

– Doxa Dramas are playing at home in the Greek Superleague

– Metz are playing away in Ligue 2

– En. Paralimniou are playing away in the Cypriot First Division

Now before I continue, I know what you’re thinking – and no, I have no idea who some of these teams are either.

This is also, of course, a guideline rather than a guarantee of success, as predicting the outcomes of football matches is never an exact science.

But if it gives you the best possible chance of bashing the bookies and winning some money, then who cares, right?

You could reasonably suggest that the odds offered on a match containing under 2.5 goals are not the most appealing, but throw a few of them together and you will be impressed by the results.

For example, using the above information this weekend, you could back under 2.5 goals in Asteras Tripolis v PAS Giannina at 53/100, Doxa Dramos v Aris Saloniki at 53/100 and En. Paralimniou v Ermis Aradippou at 3/5.

I realise that they are at home here, but I include the Cypriots for convenience and because seven of their eight home matches have featured less than three goals too.

These three selections would give you combined odds of 11/4. So what are you waiting for? Punters receive a free £25 bet for joining bwin.com and placing it on this treble would see you walk away with £93.64 if all three come in.

New customers can register here to claim that free £25 bet.

Check back to news.bwin.com/en/ in the coming days for more articles like this! 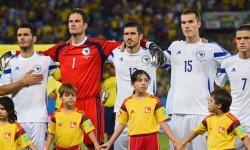 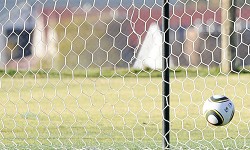 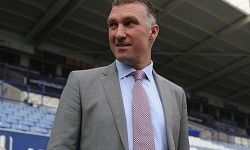