Bwinbetting’s Jack Beresford picks from the Premier League and FA Cup for a goalscoring treble offering impressive returns of £468 for punters using their £25 free bet from bwin.

Available at odds of just under 18/1, here are three of the best from the UK this Saturday.

Pavel Pogrebnyak has made a flying start to life in the Premier League with the Cottagers following his January move from Bundesliga club VfB Stuttgart.

The Russian comes into this game with an impressive five goals in his last four Premier League games and will be confident of adding to that tally at Craven Cottage.

Pogrebnyak’s last appearance in London saw the striker notch up an impressive hat-trick and with four of his goals coming at home, odds of 7/5 on a goal at anytime against a Swansea City side who have conceded seven goals in their last five away games look too good to miss.

Last weekend’s vital equaliser for Wigan away at Norwich City could not have come at a better time for youngster Victor Moses. The attacker will no doubt be eager to continue that form against a West Bromwich Albion side whose last match was a 2-0 loss to Manchester United.

Indeed, Moses will no doubt be especially eager to play the Baggies having scored in two of the last three meetings between the sides. With West Brom failing to keep a clean sheet in 12 away games in the Premier League, the omens look good for a Wigan goal here and at odds of 9/4 Moses could be the man to part the Baggies’ defence with a goal or two.

While Harry Redknapp will no doubt be eager to return to winning ways in the Premier League, an FA Cup tie with Bolton could provide the ideal platform for Jermain Defoe to impress for Spurs.

The 29-year-old striker is in reasonable form for Tottenham Hotspur, having scored a brace for the north Londoners during their most recent victory – a 3-1 win over Stevenage in the last round of the cup.

Bolton meanwhile will no doubt be keen to get this tie out of the way as they continue to flirt with relegation back to the Championship. Last time these teams met in the Premier League, Spurs came out on top with a 3-0 win that saw Defoe get on the scoresheet once again. With the former West Ham man available at 7/5 to score at anytime, you don’t have to be blowing bubbles to see it’s worth a punt.

New customers can register here to claim a free £25 bet or click here to see all our FA Cup odds. 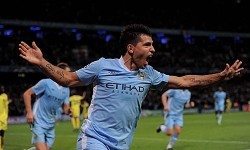 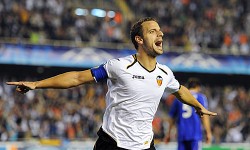