From Michael Jordan and Scottie Pippen, to Magic Johnson and Kareem Abdul-Jabbar, the NBA has always been known for its talented duos. The era of the ‘’Big three’’ is over, perhaps for the first time since Shaquille O’Neal and Kobe Bryant, and the dynamic 1-2 punch in basketball is back and better than ever. 2019 gave us a crazy off-season; a fitting sequel to the Finals that saw underdogs Toronto Raptors ending Golden State’s dominance. KD and the Splash Brothers split up, Anthony Davis got the trade he wanted in exchange of most of the Lakers’ young core, Westbrook had enough of the Thunder, and Kawhi left Toronto a champion.

Just before the start of what’s destined to be an unpredictable season, we’re taking a look at some of the most exciting 1-2 pairings to watch out for. 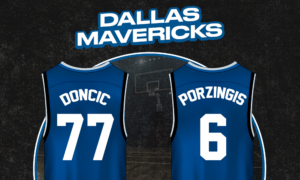 A European duet poised to create a stir in the league. A healthy ‘’Unicorn’’ Kristaps next to last season’s Rookie of the Year could be a lethal, playoff team. Both players have high offensive IQ and perhaps the highest potential for growth in the West. A versatile big-man next to a relentless young combo-guard – don’t be shocked if these two eventually become the NBA’s premier force. 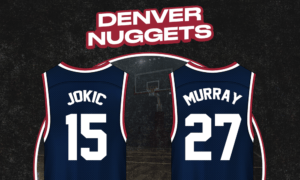 The Nuggets suddenly became one of the favorites to win the West last year. Nikola Jokic could have been an MVP candidate with his all-around offensive game, and Murray is his ideal partner. Jokic is a rare point center, and perhaps the best passing big man in the league. The Joker averaged 7.3 assists per game while Jamal Murray averaged 18 points per game, establishing himself as one of the league’s bright young stars. If they both improve their defence and consistency, this will be a scary duo in the Western Conference.

Will Denver step up this year? 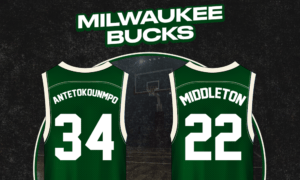 Fear the deer. The reigning league MVP along with his – often overlooked – all-star teammate will look to bring the Milwaukee Bucks to the promise land this season.  Once again, the favourite to win the East, the Bucks will rely heavily on the Greek Freak. Giannis took the league by storm last season, dominating on all sides of the court, while his trusted side-kick, Middleton, broke out and earned his first all-star appearance. After coming up short in the Eastern Conference Finals last year, Antetokounmpo will have to expand his game and step up in the playoffs to prove he deserves his praises.

How about the Bucks for the ring? 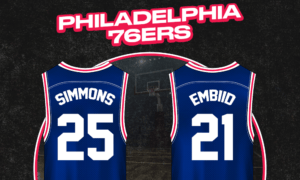 “The Process” has finally come to an end. Both Embiid and Simmons are no longer mere projects, but established All-Stars. Embiid’s enormous potential is often overlooked due to his health issues, while 2018’s Rookie of the Year, Simmons, is a jump shot away from being an unstoppable superstar. If it wasn’t for Kawhi Leonard’s insane Game 7 buzzer-beater, the 76ers could very well have been NBA Champions. With two future MVP candidates sharing the court and plenty of great complimentary pieces, including Harris and Horford, the Sixers could easily reach the final this year.  The only concern is Simmons’ lack of shooting, since he needs an open lane to thrive, and Embiid takes most of the space around the paint. With both players being previous number 1 Draft picks, the time has come to prove their worth.

Can Philly take it to the next level? 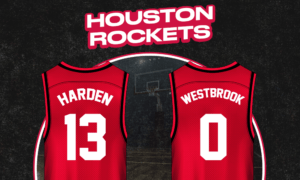 A duo composed of two previous MVPs, the former Thunder teammates are looking to re-discover their chemistry since their time in OKC in 2012. After swapping All-Star guard Chris Paul for Russel Westbrook, the Rockets hope that Harden and Westbrook can still work together since they’re not the same players they once were during their shared time in Oklahoma. Both players tend to keep the ball quite a bit in their hands and were ranked in the top 10 in usage rate last season.  If these stars are willing to take a step back, Houston will become an immediate challenger. With Harden coming off a monster offensive season, averaging just above 36 points per game, and Westbrook terrorizing defences with his drives, this duo could either be a boom or a bust.

Is it time for the Rockets to take off?

Plenty of intriguing storylines to watch this season. Who will run the city of LA? Will KD manage a quick return? Will the Warriors make their way to the Finals once more?

Stick around to find the answers with bwin’s latest NBA predictions and analysis.

Follow #NbaAllDay on bwin’s social for even more NBA thrills.

Not done yet. How about more NBA duos to warm you up for the season? 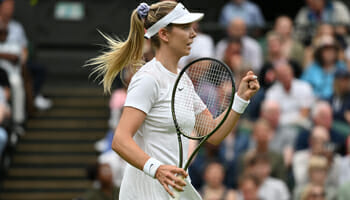 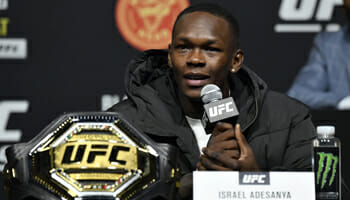