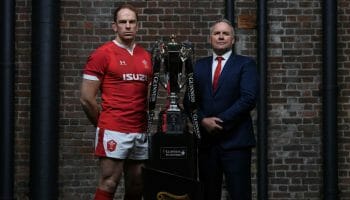 Wales begin the defence of their Six Nations crown with a straightforward task when taking on perennial whipping boys Italy in Cardiff.

Last year’s Grand Slam champions have won 13 straight encounters with the Azzurri, with the average margin of victory being 31 points over the past five meetings in this competition.

That makes 91/100 for a home win by more than 24 look the way to go with our initial Wales vs Italy prediction.

Wales wrapped up a 27th title and 12th Grand Slam by beating Ireland 25-7 in impressive fashion at this venue and went on to do well at the World Cup.

After topping their group ahead of Australia, the Dragons edged out France 20-19 in the quarter-finals, before only going down 19-16 to eventual winners South Africa.

A 40-17 loss to New Zealand in the third-place play-off is easily forgiven, with Warren Gatland ending his stellar reign at Tokyo Stadium.

Former Scarlets boss Wayne Pivac, another Kiwi, now begins his competitive tenure as head coach and will be keen to get off to a flying start.

Wing Josh Adams said: “We’ve hit the ground running, we are looking sharp and there are smiles on faces.

“It’s always exciting leading into that first game. It’s great that we are at home as well. We’re buzzing to get out there.

“The foundations Warren Gatland and the other coaches built were fantastic and we had great success.

“The new guys have added their part to it. I would like to think we are developing our game.”

Looking at the 4/5 for the hosts to be at least 10 points ahead at half-time.

Italy picked up the wooden spoon for a fourth straight year when suffering five defeats last term, failing to even secure a single bonus point.

The Azzurri kicked off their World Cup pool by brushing aside Namibia and Canada, but had their limitations cruelly exposed once more when thrashed 49-3 by the Springboks.

Typhoon Hagibis saved them from having to face the All Blacks in the final round of fixtures, but coach Conor O’Shea still threw in the towel after three and a half years in charge.

Former Springboks assistant Franco Smith steps in on an interim basis and will be familiar with some players, having led Treviso from 2007 to 2013.

Talisman Sergio Parisse is only due to feature in a fitting swansong against England, but Italy do have some strong-running back-row forwards ready to try and fill that void.

Smith, who has also coached the Cheetahs in South Africa, has expressed a desire to play running rugby whenever possible, so this match may open up as time goes on.

Let’s finish off our Wales vs Italy betting tips by taking 73/100 for more points to be scored in the second half than the first.