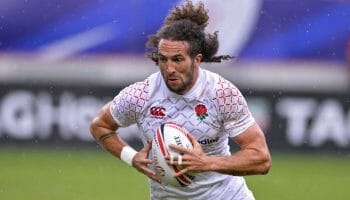 England are 10/1 to go one better than five years ago and win the 2018 Rugby World Cup Sevens in San Francisco.

England, world sevens champions 25 years ago when their squad included the likes of Lawrence Dallaglio, Matt Dawson and Tim Rodber, are seeded fourth in the 24-team tournament behind South Africa, Fiji and New Zealand.

The squad includes 10 bronze medallists from the recent Gold Coast Commonwealth Games, and six players who represented Great Britain at the Rio 2016 Olympics, where they secured silver.

The competition’s straight knockout system means there are no second chances and that could mean the value is with the outsiders in the Rugby World Cup Sevens odds for the event at AT&T Park, home of Major League baseball team the San Francisco Giants.

“And to play at an iconic baseball stadium and in a city that we haven’t played in before makes this a unique experience that we are fully embracing.

“There have been some outstanding performances across the board recently, and this is backed up by the team’s consistency.

“Achieving five (World Series) podium finishes since the Commonwealth Games demonstrates that we are in a good place going into this World Cup.

“We’ve got a very quick team and one that gives us lots of options in terms of the style of rugby that we can play, and we are really looking forward to putting this into action in San Francisco.”

Tom Mitchell captains the team in what will be his second Rugby World Cup Sevens after he and fellow team-mates Mike Ellery, World Series all-time leading try scorer Dan Norton and England sevens’ most capped player James Rodwell reached the final in Moscow five years ago.

Olympic champions Fiji are the odds-on favourites at 83/100 although they are seeded second behind 9/4 shots South Africa, who won the World Rugby Sevens due to their consistency, having only won two of the 10 rounds to Fiji’s five.

Defending champions New Zealand, winners of the Cape Town round, also look good value at 7/1, with hosts USA – winners of the Las Vegas round on home soil – available at the same price in the Rugby World Cup Sevens betting.