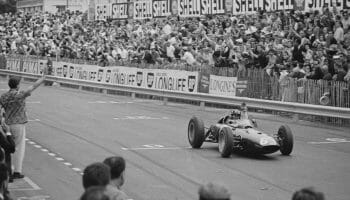 Next year will mark the 50th anniversary of one of the greatest achievements in the history of motorsport when the first – and to date only – driver won the Triple Crown.

Here we break down exactly what that means and whether the feat can ever be repeated.

What is the Triple Crown of motorsport?

The Triple Crown is achieved by winning three of the most prestigious events in motor racing: the Indianapolis 500, the 24 Hours of Le Mans and the Monaco Grand Prix.

The Indy 500 is the oldest of the three races, having first been held in 1911. Contested on a simple rounded-rectangle circuit, 33 drivers race to complete 200 laps – a 500-mile distance – in the fastest time.

Next came Le Mans, with the world’s oldest endurance race established in 1923. It pits teams of three drivers against each other to see who can complete the most laps in a 24-hour period.

Completing the trilogy is the Monaco Grand Prix. It is one of the oldest races in the Formula One calendar, having first been staged in 1929, and also one of the most difficult. The narrow circuit features tight corners, different elevations and a tunnel, which combine to create a formidable challenge.

Only one person has ever won all three races: British driver Graham Hill.

How did Graham Hill win the Triple Crown?

The first race in Hill’s illustrious Formula One career was at Monaco in 1958. Five years later in 1963 he won there for the first time and would go on to claim victory on four more occasions, earning himself the nickname ‘Mr Monaco’ as a result of his success.

Three years later, Hill entered the Indy 500 for the first time as the ‘British invasion’ of the race peaked. In a controversial finish, he won at the first attempt, pipping the reigning champion – and fellow Brit – Jim Clark to make it two wins in a row for the UK.

Another six years passed before Hill was able to secure the Triple Crown. He had first competed at Le Mans in 1958 but did not secure a classified finish until his team’s second place in 1964.

After failing to finish in 1966, Hill did not compete again until 1972 but returned in style. Sharing driving duties with Henri Pescarolo, his Equipe Matra team won by 11 laps, making Hill the first – and still only – driver to triumph in all three Triple Crown races.

Who has come close to winning it?

Seven other drivers have managed to complete two of the three legs of the Triple Crown of motorsport.

The most elusive of the three is the Indy 500, which only two of the seven have won. In comparison both Le Mans and Monaco have seen six of the seven ‘nearly men’ triumph, suggesting that the American race is the toughest nut to crack.

Who could be the next winner of the Triple Crown?

Two of the seven drivers with just one win remaining are still active, and both are battling to match Graham Hill’s achievement.

Juan Pablo Montoya has the advantage as he won the 2000 edition of the Indy 500 in his rookie year, becoming the first driver to win the race at the first attempt since Hill himself. He switched to Formula One the following year and won the Monaco Grand Prix with the Williams team in 2003.

Following a stint in NASCAR and a return to IndyCar racing, the 44-year-old Colombian first entered the 24 Hours of Le Mans in 2018, with his team finishing seventh. Another unsuccessful attempt followed in 2020 where he failed to finish, but he has signalled his intention to keep trying.

His challenger is another driver best known for his Formula One exploits: two-time world champion Fernando Alonso. The younger of the two challengers at 39, Alonso secured back-to-back triumphs at the Monaco Grand Prix in 2006 and 2007.

Since leaving the sport in 2017 he has competed in all of the last three stagings of the Indy 500, although has yet to finish inside the top 20. He has had success in the 24 Hours of Le Mans, though, winning the endurance race in 2018 and 2019. 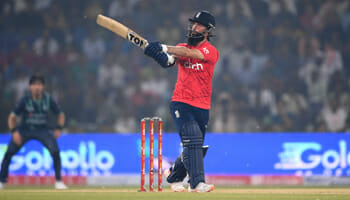 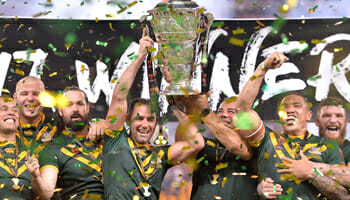