Formula One returns to Europe this weekend and Charles Leclerc is fancied to score again for Ferrari in our Emilia Romagna Grand Prix predictions.

Leclerc did us a favour when powering to victory in Australia and we’re happy to play up those winnings in the Scuderia team’s home race at Imola.

With a reintroduced sprint format in his favour and Red Bull plagued by reliability problems, the Monegasque driver stands out at 2.25 from the Emilia Romagna Grand Prix odds.

Leclerc delivered a composed and impressive performance in Melbourne, leading throughout and setting the fastest lap, to win for a second time this season.

He cruised home 20.5 seconds clear of Sergio Perez in that lights-to-flag victory and heads the drivers’ championship by 34 points.

“What a car,” beamed the 24-year-old. “I did a good job but it was not possible without the car. We were extremely strong and I am just so happy. Incredible to win here.

“We are only at the third race, so it is difficult to think about the championship, but we have a strong car and a reliable one.

“If it continues like this, we have a chance for the championship.”

Leclerc finished a solid fifth and fourth in the previous two renewals of this race when in an inferior machine, so everything is in place to sparkle this time.

Team-mate Carlos Sainz had “a difficult weekend to digest” Down Under, following up a poor qualifying effort by spinning off on race day.

The Spaniard is 9.0 to make amends by passing the chequered flag first this Sunday.

How the Australian Grand Prix finished

Max Verstappen earned us a pay-day in Saudi Arabia but failed to finish for the second time in three outings in Australia.

He did not have the pace to challenge Leclerc but looked set for a comfortable second place until technical issues struck with 19 laps remaining.

“I already knew there was a possibility ahead of the race that we might not finish but I tried not to think about it,” said the Dutchman.

“This is not what you need when you want to fight for the championship, the gap is already pretty big.

“Overall, it doesn’t look like there is an easy fix, so we need to work hard as a team, there are a lot of things to work on.”

Those who have faith in Red Bull getting back on track can have 2.65 for Verstappen to repeat last year’s win at this venue while Perez is quoted at 13.0.

Mercedes made some progress in Melbourne, with George Russell finishing on the podium and Lewis Hamilton taking fourth place.

Seven-time world champion Hamilton commented: “I will be on Zoom calls with our bosses and really trying to rally them up.

“We have got some improvements that we need to make and we need everyone’s support in doing so.

“It is about making sure we leave no stone unturned, that the hunger is there and we are maximising every moment.

“There is performance to be gained and we need it now, not in two or three races. I have got to keep that encouragement and energy high.”

Hamilton can be backed at 13.0 in the Emilia Romagna Grand Prix odds and Russell is available at 19.0.

Given Red Bull’s ongoing issues, 3.0 for Hamilton to make the first three will feature in many Emilia Romagna Grand Prix betting tips. 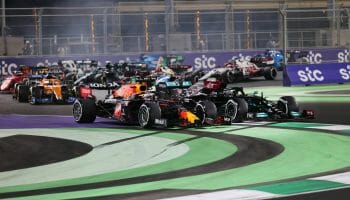