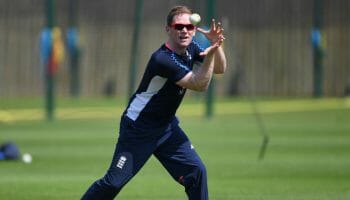 After a thrilling ICC Champions Trophy tournament, there looks set to be more fast and furious cricket action as England take on South Africa in a three-match Twenty20 series.

Southampton will stage the opening clash on Wednesday, followed by fixtures in Taunton on Friday and Cardiff on Sunday.

Both teams are set to introduce some new faces in this format, but we’re taking 3/2 for the hosts to claim a 2-1 triumph from the England vs South Africa T20 odds.

England lost to the Proteas in Cape Town and Johannesburg 16 months ago, but they gained revenge when scraping home by two wickets with a couple of balls to spare in a World T20 group game in Mumbai soon after.

However, Jason Roy gave England a great start with 43 from 21 balls and Joe Root then steered them towards victory with a fine 83.

England went on to reach the final of that event before losing out to West Indies in the decider, whereas South Africa failed to make the semis.

More recent form in the ODI series between these teams and the ICC Champions Trophy would give England the edge, although each team is without several star names.

Faf Du Plessis, whose wife is expecting their first child, is rested along with Amla, Duminy and Kagiso Rabada, while captain AB de Villiers has been inconsistent of late.

Much will hinge on Roy regaining form after a dismal run, but Jos Buttler is also available and Lancashire batsman Livingstone certainly caught the eye when scoring 129 from 83 balls for England Lions against South Africa A recently.

A record of 10 wins and one tie from 18 games in this sphere over the past couple of years is good enough to give England the nod.