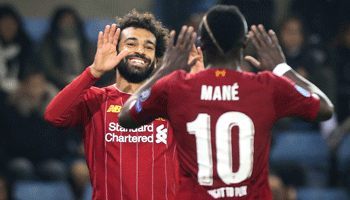 After years of debate, the Premier League has finally implemented a winter break this season, albeit a modest one.

The next round of matches will be split over two consecutive weekends, ensuring every club has a fortnight’s rest between their next two league fixtures.

While the primary motivation will be to allow players to have a much-needed rest, evidence from other European leagues where a winter break is a long-established tradition suggests it will have other effects as well.

The winter break could be bad news for Liverpool…

We looked at every winter break in the other major European leagues over the last decade and found that teams who occupied top spot going into a winter break saw the number of points they earned per game drop by an average of 10% over the rest of the season, which could be bad news for runaway leaders Liverpool.

The Reds’ incredible unbeaten run could also be under threat, as only one of the 11 clubs in the last decade who entered a winter break without a league defeat that season were able to keep that run going – Juventus in 2012.

Six of the other 10 not only lost their unbeaten record but went on to suffer at least four defeats before the end of the season.

… but good news for their forwards

While a mid-season break may disrupt Liverpool’s momentum, their front three will almost certainly welcome a chance to put their feet up.

Like many Premier League players, Mohamed Salah, Sadio Mane and Roberto Firmino have represented their countries in each of the last two summers: at the 2018 World Cup and then either the Copa America or Africa Cup of Nations in 2019.

Of all the players who have had these commitments, these three have played the most competitive football since the start of the 2017-18 season – over 11,000 minutes each.

Another team who should be relishing a week off are Wolves, whose Europa League exploits and lack of squad rotation means that five of their players have already featured for over 3,000 competitive minutes this season.

This is more than every other Premier League club combined, so it was not surprising to see them enter the transfer market last month for reinforcements.

By the end of January, their captain Conor Coady had already played 3,420 minutes: the same number as in an entire Premier League campaign.

While the prospect of a winter break is a mixed bag for clubs near the top of the table, it offers hope to those who have struggled so far this season.

European clubs in their division’s bottom three going into a winter break have seen the number of points won per match rise by an average of 48% during the last decade.

Players enduring a barren season in front of goal have also tended to bounce back after a winter break.

There have been 61 occasions over the last decade in which a player who typically nets around 20 league goals per season has gone into a winter break with their tally still in the single digits and on average they have scored 54.1% more frequently after the campaign resumed.

A powerful recent example is Cristiano Ronaldo’s last season at Real Madrid, in which he only netted four times in 1,065 minutes before the break but an astonishing 22 times in 1,226 minutes thereafter.