Uruguay will be kicking themselves for not reaching the U20 World Cup final but can gain some compensation by beating Italy in Sunday’s third-place play-off.

The South Americans were much the better side when these two teams met during the group stage and are fancied to confirm that superiority.

A Look At Uruguay U20 Betting Odds

Uruguay created several good chances to finish off Venezuela in the semis but were unlucky to come up against an inspired goalkeeper after Nicolas de la Cruz had struck from the penalty spot.

Conceding a last-minute equaliser and then eventually going out via a penalty shoot-out will have hurt, but hopefully they can rally for one last effort.

Uruguay dominated for large periods when beating Italy earlier in the competition, missing a penalty and at least three other clear-cut opportunities before Rodrigo Amaral fired in a stunning free-kick.

Their good form in South Korea has been no surprise after winning the South American U20 Championship and we like 29/10 they win to nil from the Uruguay U20 vs Italy U20 odds.

A Look At Italy U20 Betting Odds

Italy got off to a flying start in their semi against England when Riccardo Orsolini capitalised on some sloppy defending to score in just the second minute.

However, after that early boost it was pretty much one-way traffic in favour of the Young Lions, who came back to secure an emphatic 3-1 success.

Italy were restricted to trying to hit Uruguay on the break in their previous encounter and were grateful to Andrea Zaccagno for keeping the score down, so they do have a bit to find here.

Uruguay are a solid bet in our book and 10/1 for a 2-0 win appeals from the correct score odds. 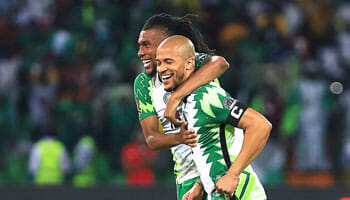