Excitement is growing about the impact Lorenzo Insigne can make for Toronto next weekend and his debut cannot come soon enough.

His new team suffered a ninth defeat of the season in midweek despite being the better team for long periods and are languishing in 12th place in the Eastern Conference.

Their home form is usually decent, though, so we’re not quite ready to oppose them completely and a draw at 3.75 is our opening Toronto FC vs Seattle Sounders prediction.

The countdown is on until former Napoli striker Insigne can begin his Toronto career and his arrival in Canada has added to the hype surrounding his signing.

He was joined in the squad this week by veteran Italian defender Domenico Criscito, who has arrived from Genoa and won 26 caps for the Azzurri.

Like Insigne, he is unable to make his debut until next weekend’s game against San Jose Earthquakes but it is hoped his signing will strengthen a defence which has conceded by far the most goals in the Eastern Conference this season with 32 in 18 games.

They were 2-0 down after 30 minutes against Columbus on Wednesday, when an early second-half goal by Jesus Jimenez proved in vain.

Looking at the 2.40 for the visitors to open the scoring in the first half.

Seattle suffered a surprise setback in midweek when they slipped to a 2-1 defeat at home to Montreal.

They took a third-minute lead through the in-form Jordan Morris but failed to take advantage as Mason Toye equalised 15 minutes later before grabbing Montreal’s winner just after the hour mark.

That ended a run of five successive home matches which had previously produced three wins and a draw, so they are still in decent form and sit seventh in the West.

Their away results have been disappointing so far, with only two wins, but the trip to Toronto offers them the chance to quickly make amends for Wednesday’s loss, having won the last three meetings with this weekend’s opponents.

Scoring goals has not been an issue recently, so Saturday’s match has the makings of an entertaining game and we’ll take a chance on a 2-2 draw at 12.50 as the last of our Toronto FC vs Seattle Sounders betting tips. 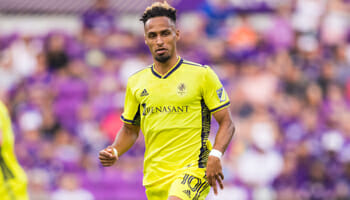