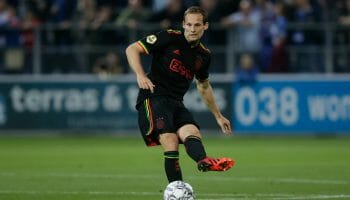 Ajax failed to get out of their Champions League group last season so will be keen to make a fast start when they head to Portugal.

They have been priced up as the slight favourites but this looks a tough one to call in an open group which also contains Borussia Dortmund and Besiktas.

Erik ten Hag’s men would surely settle for avoiding defeat and a draw at 23/10 is our opening Sporting vs Ajax prediction.

A Look At Sporting’s Betting Odds

Sporting won their first Portuguese title in 19 years last season and will now hope to make their mark in the Champions League.

Ruben Amorim has made Sporting hard to beat and they only suffered one defeat on their way to winning the title, finishing five points clear of Porto.

They went through the season unbeaten at home and they are yet to taste defeat this season, although back-to-back draws against Famalicao and Porto mean they are third in the table and four points behind Benfica.

Making the step up to the Champions League has proved tricky for them, progressing to the knockout stage in just one of their eight attempts.

Keeping 20 clean sheets was the key to their title success and a cagey contest could be in store here, so under 2.5 goals appeals at Sporting vs Ajax odds.

Ajax went into the last round of group matches last season with hope of qualifying but a 1-0 defeat at home to Atalanta condemned them to the Europe League, where they were knocked out in the quarter-finals.

A reasonably kind draw gives them hope of progressing this time and they are 7/10 on offer for them to qualify.

An unbeaten start in the Eredivisie means they should travel with confidence, although they are two points behind leaders PSV Eindhoven due to last month’s 1-1 draw at Twente.

That was the only goal they have conceded in four matches and they were defensively solid in this competition, only conceding seven goals and scoring the same amount.

That backs up our view that this will be a close contest so we’re backing Draw HT/Draw FT at 4/1 as our final Sporting vs Ajax prediction.